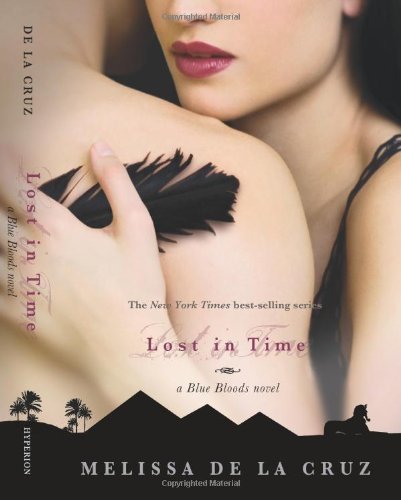 Lost in Time
Melissa de la Cruz
The stakes have never been higher for the young Blue Bloods of Manhattan. After their brief yet beautiful bonding ceremony in Italy, Schuyler Van Alen and Jack Force depart for Egypt, desperate to find the elusive Gate of Promise before Jack must face his twin, Mimi, for a blood trial. A blood trial that only one of them can survive. But everything Schuyler thought she knew about the gate turns out to be a lie, and they soon find themselves ensnared in a deadly battle against the demon-born. Schuyler and Jack take up arms, only to realize that there is a much graver threat simmering in the Kingdom of the Dead. Meanwhile, determined to save the only vampire she still loves, Mimi has followed Kingsley Martin into Hell. With the help of her new human Conduit, Oliver Hazard-Perry, Mimi makes a bargain with the Queen of the Dead that she may soon regret. When the time comes to choose between love and revenge, both Mimi and Oliver will learn the true meaning of sacrifice. Confronted by danger, betrayal, and loss at every turn, the Blue Bloods must find the will to fight—and love—another day.
1 Vote

Lost in Time is the sixth installment in the Blue Bloods series by Melissa de le Cruz. This stunning novel tells the stunning stories of three characters: Schuyler, Allegra, and Mimi. Schuyler and her newly bonded husband Jack are in Cairo looking for the Gate of Promise. But, there may be more going on with the Gate of Promise then what is on the surface. Allegra is about to be bonded to Charles, her twin, until a human from her past makes an appearance. Who will she choose? And who's lying? Mimi is traveling to the Hell to rescue her beloved Kingsley.