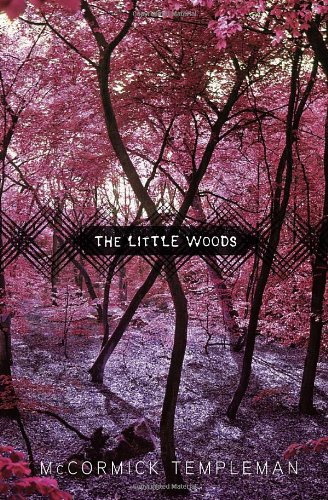 The Little Woods
McCormick Templeman
"With swift pacing and sure-footed plotting, a conventional murder mystery laced with a touch of creepiness, and an honest portrayal of hormones outrunning hearts, this is sure to attract a broad fan base," declared The Bulletin in a starred review.Are the woods behind St. Bede's Academy really haunted, or does bad stuff just happen there? When Calista Wood, a new student, arrives midway through her junior year, St. Bede's feels like a normal school... until she discovers that a girl had disappeared a couple of months earlier. Some kids think she ran away, others think she was murdered, but it's only when Cally starts digging around that she finds the startling truth.Watch as Cally enters a world of privilege, weekend-long parties, high school romances, and... well-kept secrets. This page-turner will appeal to teens looking for a fast-paced thriller. Written in a voice at once gripping and crystal clear, debut novelist, McCormick Templeman, will take readers on a twisting and turning journey as only a "new girl" can experience.
1 Vote

Two kids disappear when staying overnight in a boarding school over a break while their parents visited each other.  A forest fire was blazing in the forest behind the school.  Nobody ever saw them after that night.  Police assumed they died in the fire after leaving to explore.  Ten years later, one of the kid's sisters, Cally, gets a scholarship to the same boarding school in the middle of the school year.  She soon discovers that the previous roommate of her current roommate had disappeared just like her sister and her sister’s friend.  Police deci