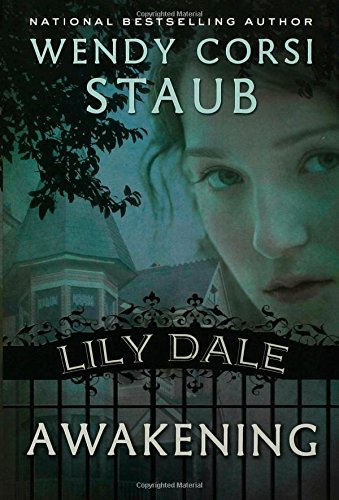 Calla thought that her boyfriend breaking up with her in a text message was the worst thing that could ever happen to her. But just two weeks later, her mother died in a freak accident, and life as she knew it was completely over. With her father heading to California for a new job, they decide that Calla should spend a few weeks with the grandmother she barely knows while he gets them set up. To Calla's shock, her mother's hometown of Lily Dale is a town full of psychics―including her grandmother. Suddenly, the fact that her mother never talked about her past takes on more mysterious overtones. The longer she stays in town, the stranger things become, as Calla starts to experience unusual and unsettling events that lead her to wonder whether she has inherited her grandmother's unique gift. Is it this gift that is making her suspect that her mother's death was more than an accident, or is it just an overactive imagination? Staying in Lily Dale is the only way to uncover the truth. But will Calla be able to deal with what she learns about her mother's past and her own future?
2 Votes

"...The only way we'll learn the truth is to dredge the lake!" These words keep reoccurring in Calla's dream, and when she wakes up, its always 3:17. These words hold the secret to the falling out of Calla's mother and Grandmother. And as Calla spends time in Lily Dale after her mothers death, Calla comes to realize that Lily Dale is a town for Psychic Mediums. Even her own grandmother, Odelia, has the gift of being able to sense presences that are near. And after Calla starts to see things, things that no one else can, Calla realizes that she too may have to gift.

A girl named Calla is recovering from her mother's recent death when she is sent to live with her Grandmother in a little town called Lilly Dale. Unbeknownst to her this town is a haven for mediums and clairvoyants who call themselves followers of Spiritualism. Calla is shocked when she learns this and she abruptly plans to leave. Suddenly however, she herself begins receiving visions from a missing girl. Will she be able to forget her misconceptions and trust her insticts? Read the book to find out.