Liberty Frye and the Witches of Hessen (series) 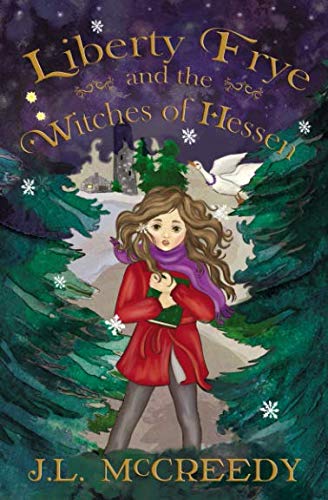 Liberty Frye and the Witches of Hessen (series)
J.L. McCreedy
The average ten-year-old girl seldom travels far from home. She doesn't worry about being kidnapped by witches or imprisoned in medieval castles where children meet their unspeakable demise. She rarely gives thought to curses, potions and magic. She certainly isn't concerned about risking life and limb to decipher ancient rites and lost treasures....But Liberty Frye is about to discover that she is not just an average girl.When a cryptic note from long-lost relatives arrives, the news it brings flips Libby's small-town existence upside down. Soon, she finds herself lured to a foreign land where retired witches, talking bats and geriatric World War II pilots await. It's up to Libby to unravel the sinister plot that brought her there in the first place, but in so doing, she'll uncover a shocking secret that will change her life forever ... if she survives the challenge.
1 Vote

Liberty Frye and the Witches of Hessen is a book about a young girl named Liberty Frye, or Libby as she likes to be called. Libby and her family seem strange to everyone in their small town. They seclude themselves from society and don’t often meet with anyone, except when Mrs. Frye brings cakes and things to people who are sick. Also, the Fryes are overly protective of Libby, who hates that her parents won’t let her communicate with anyone beyond her classmates.