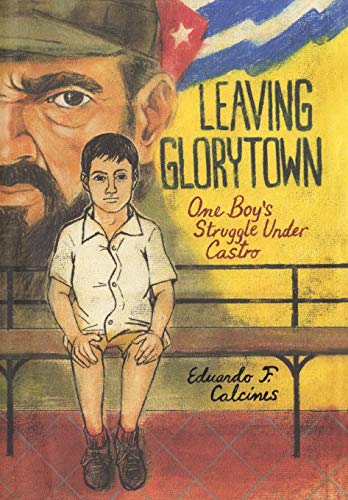 Leaving Glorytown
Eduardo F. Calcines
Eduardo F. Calcines was a child of Fidel Castro's Cuba; he was just three years old when Castro came to power in January 1959. After that, everything changed for his family and his country. When he was ten, his family applied for an exit visa to emigrate to America and he was ridiculed by his schoolmates and even his teachers for being a traitor to his country. But even worse, his father was sent to an agricultural reform camp to do hard labor as punishment for daring to want to leave Cuba. During the years to come, as he grew up in Glorytown, a neighborhood in the city of Cienfuegos, Eduardo hoped with all his might that their exit visa would be granted before he turned fifteen, the age at which he would be drafted into the army. In this absorbing memoir, by turns humorous and heartbreaking, Eduardo Calcines recounts his boyhood and chronicles the conditions that led him to wish above all else to leave behind his beloved extended family and his home for a chance at a better future.
1 Vote

Leaving Glorytown: One Boy's Struggle Under Castro by Eduardo Calcines is a memoir about the author's experience as a child growing up under Communist rule in Cuba. When Eduardo was three-years-old, his life was turned upside down when Fidel Castro took over Cuba. His family was forced to survive on rations of horse meat that could barely keep alive a single prisoner, let alone a family. He was also forced to go to a Communist school that only taught about Russia and other Communists. Eduardo, however, finds strength in his friends and family.