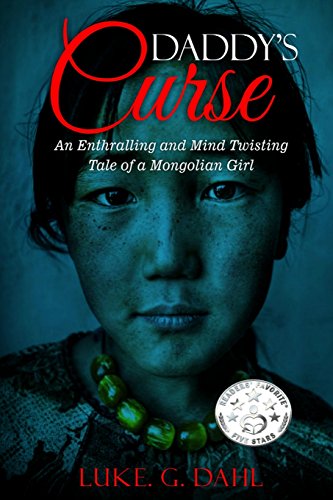 Daddy's Curse: A Harrowing True Story of Human Trafficking and Organized Crime
Luke G. Dahl
- Reader's Favorite 5-Stars Award  A Harrowing True Story of an Eight-Year-Old Girl Human Sex Trafficking andOrganized Crime SurvivorHave you ever experienced total despair? Yuna was just an eight-year-old girlwhen she experienced total devastation. Growing up in the Mongolian countryside,she wasn't ready to face the darker side of the world. And yet she had to.After she was kidnapped by an organized crime gang, Yuna had to overcome herfears at an early age and start taking care of herself. She tried to escapefrom slavery, but everybody that she encountered wanted to take advantage ofher.Yuna and other girls just like her were constantlyabused, beaten, raped and sold as sex slaves. Human trafficking is the worstkind of humiliation, especially for a young woman. She tried to escape and findfreedom, but it wasn't easy.In this emotional and heart-shattering true story, author Luke G. Dahl will letyou behind the curtains of sex trafficking gangs and into the soul of abusedwomen, who try to glue the broken pieces of their soul together, to survive. Byunderstanding what they have had to endure, you can find a new perspective andrespect for life. Page Up and Order Now.
1 Vote

At 8-years-old, Yuna was kidnapped from her impoverished Mongolian home. She and several other children escaped from the kidnappers, and she was rescued. Unfortunately, she was rescued by Tuya and Xanadu, two people who appeared to be helpful but revealed their real intentions when they reached Chiang Rai, Thailand. Yuna was then sold to a brothel. She and other girls were abused by their customers and employers. Yuna spent two years at the brothel before she was sold to a wealthy Bangkok pimp. In Bangkok, she fights to escape to freedom.