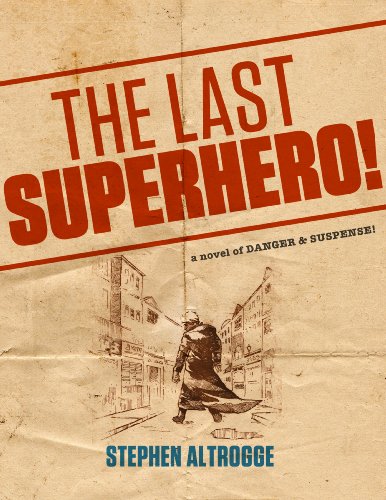 The Last Superhero
Stephen Altrogge
WHAT WOULD HAPPEN IF THE GODFATHER MET THE INCREDIBLES? The Wagners are a superhero family dynasty who have always protected the city of Coreopolis. The grandpa, John Utticus Wagner, is revered in the superhero community. He’s consistently invited to speak at superhero symposiums, has dined with the President, and has a sterling reputation as a model superhero. Every young superhero wants to be like John Utticus Wagner. Unfortunately, John’s son, Orville Wagner, is not the man his father is. He’s a terrible klutz who always manages to create disasters, like derailing subway trains and accidentally injuring innocent bystanders. Orville is mocked in the superhero community, and the family’s once sterling reputation is tarnished. They no longer are seen as the protectors of Coreopolis. They are the laughingstock of the city. When a new super villian starts terrorizing Coreopolis, it’s up to John, Orville, and Orville’s son, John II, to stop the villain and restore the family’s honor. The question is, can an old man, a klutz, and boy stop a maniacal super villain?
1 Vote

John Utticus Wagner II is a small boy with a lot of strength. He has super strength and could break through pretty much anything. His dad also has super strength, but he is a real klutz. His mom on the other hand is super fast and all you seee is a blur. Do you want to find out what happens when "Boom" ,the supervillain who blows stuff up, tries to takedown the family ? Will John find out who "Boom" really is ?  Read the book to find out!