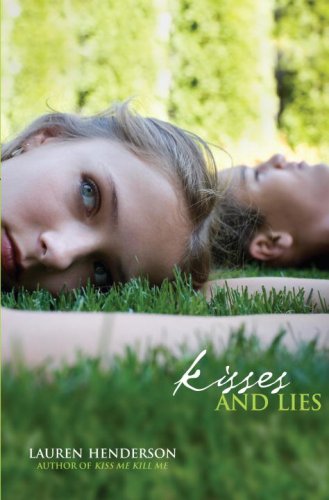 Kisses and Lies
Lauren Henderson
After discovering that someone saw what looked like Dan’s emergency EpiPen in A-lister Plum’s designer handbag, Scarlett and her tough American sidekick, Taylor, sneak into a posh London nightclub, where Plum has a private table. Scarlett is stunned to discover a piece of evidence that might implicate another girl in Plum’s exclusive circle, Lucy Raleigh. Which means Scarlett must cast a wider net in order to catch the right suspect.Back at school, groundskeeper Jase is hoping to take Scarlett’s mind off her troubles with some heart-stopping kisses. Scarlett can’t help but feel guilty for indulging in romantic rendezvous when she should be hunting down Dan’s killer. However, once Scarlett finds out how Lucy is connected to Dan, she knows she must drop everything and travel to the McAndrew estate in Scotland to hunt for more clues. But when she arrives, Scarlett becomes the target of a dangerous hunt herself.
1 Vote

In the book Kisses and Lies by Lauren Henderson, sequel to Kiss Me Kill Me, Scarlett Wakefield is tracking down the murderer of Dan McAndrew, her crush that she kissed at an A-list party. As soon as she kissed him he dropped dead. She later finds out that he was allergic to nuts and she ate chips at that very party with peanut oil in them. If only Dan had his EpiPen on him, which would have saved him, but someone stole it from him. Scarlett and her friend, Taylor McGovern, who's goal is to become a private investigator, try to figure out who killed him and why.