The King of Slippery Falls 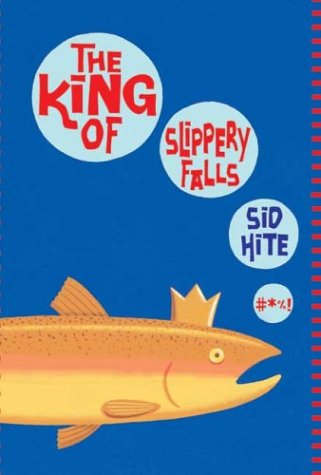 The King of Slippery Falls
Sid Hite
"What story will you tell with your life?"In this jewel of a novel, Sid Hite addresses this question and delivers his most commanding and resplendent performance yet.Lewis Hinton is in pursuit of two things--an elusive giant trout & his true identity. His adoptive parents, Martha & Avery Hinton, know they must let him search for clues about his past. His eccentric neighbor, Mrs Baderhoovernisterah, advises him to heed the plot twisters in life. His best friend, Amanda Dot, just wants him to fall in love w/ her. And the townspeople of Slippery Falls are determined to discover if the letter from Lewis's birth mother confirms the rumor--Is he descended from French royalty? Could this simple boy from Idaho really be a king?
2 Votes

Tweet
The King of Slippery Falls review by RC

This book was about a boy in high school, Lewis, growing up in a small town. He just recently found out that he was adopted, and is trying to find out who he really is. He spends a lot of time sitting on an outcropping of rocks overlooking a waterfall. He believes a huge fish lives under the fall in a little cavern. Lewis starts to wonder if there is a different way to reach this fish. He finds a way, and in doing so has a horrible accident where he might not recover.

What's this?
The King of Slippery Falls review by ND

The King of Slippery Falls is a book about a boy named Lewis Hinton, who feels his life is a mystery due to the fact that his actual mother gave him away in a basket to Mr. Hinton. Once 16, Mrs. Hinton gave Lewis a letter that was left in the basket that explained who his mother was and why he had been left with the Hintons. Lewis friends try to help him find his real mother, while he had bigger fish to fry, literally! He claims to have seen a humongous fish in the river and sets out day after day to try to catch it even while being mocked by many people.