King of the Lost and Found 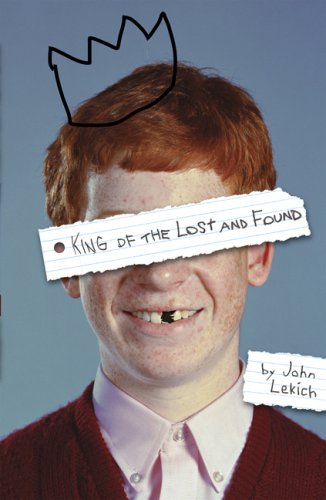 King of the Lost and Found
John Lekich
Raymond Dunne is in the 10th grade. He can’t change the fact that he’s prone to sneezing, getting nosebleeds, and fainting. He can, however, change the fact that he’s not popular  though it won’t be easy. In this hilarious story about friendship, love, and loyalty, Raymond transforms himself from a lonely geek to the gatekeeper of an underground social club. In the process, he befriends one of the most popular guys in school, sticks up for his fellow nerds, and works up the courage to approach the lovely Janice, his not-so-secret crush. However, with the relentlessly strict principal and the equally vigilant vice-principal hot on his trail, how long will Raymond’s underground club  and his newfound friendships  last? In this quirky, engaging tale, reminiscent of Revenge of the Nerds and the novels of Gordon Korman, John Lekich once again creates a believable young protagonist whose plight readers can empathize with  even as they laugh.
1 Vote

Tweet
King of the Lost and Found review by JIr

Raymond Dunne sneezes. A lot. And he's prone to nosebleeds and fainting, too. Sure, people notice him...but not exactly for the right reasons. So Raymond comes up with a daring plan...and if it works, everyone in school will know his name. With the help of popular-but troubled-grade twelve student Jack Alexander, Raymond begins the transformation from lonely nerd to the only guy who can get you into the hottest club in town. A club that unites the cool and the hopelessly uncool. But how long will it last? And what will Raymond do without it?