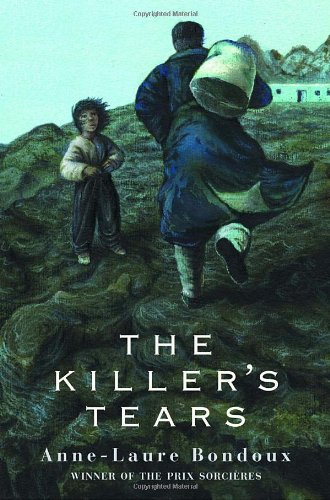 The Killer's Tears
Anne-Laure Bondoux
On the afternoon when Angel Allegria arrives at the Poloverdos’ farmhouse, he kills the farmer and his wife. But he spares their child, Paolo–a young boy who will claim this as the day on which he was born. Together the killer and the boy begin a new life on this remote and rugged stretch of land in Chile.Then Luis Secunda, a well-to-do and educated fellow from the city descends upon them. Paolo is caught in the paternal rivalry between the two men. But life resumes its course . . . until circumstances force the three to leave the farm. In doing so, Angel and Luis confront their pasts as well as their inevitable destinies–destinies that profoundly shape Paolo’s own future.
1 Vote

What Mr. and Mrs. Poloverdo thought was just another visitor to their home was what would change Paolo's forever. Angel Allegria was his name, killing his game. While the unsuspecting couple drank wine with the murder, he drew a knife from his belt and ended their lives. His eyes then were put on the boy, demanding him to approach. Paolo stood still and answered many personal questions. The killer and his boy, as Angel called him, then buried the parents. And they resided in the house for a few weeks...until a knock sounded at the door.