The Journey of the Marked 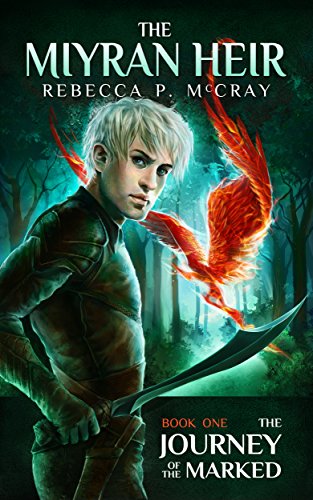 The Journey of the Marked
Rebecca P. McCray

Marked at age 16.Forced to leave home.You become the hunted.Could you survive?                  "A gripping fantasy adventure. A FINALIST and highly recommended." -- The Wishing Shelf Awards"..Very adventurous, thrilling, and action-packed." -- Litpick.com"What a rich, complex world this author has created!" -- author Sunshine SomervilleThe mark means honor. The mark invites death.On a distant planet, Eros thrives in the Human settlement he calls home. Raised to follow his grandfather's noble footsteps, he studies the details of each species that co-exist here. But when the mark appears, he's called to fight, which changes his life forever. Forced to abandon his home, the mark makes him the hunted. He's attacked the night he arrives in the city. A tough, street fighter named Kenrya saves his life. When they join others on the same journey, her cynical attitude drives a wedge between the group. Given the perils facing them, can they put aside their differences and trust each other long enough to survive?Discover this epic adventure where an individual's unique abilities can change the course of the future.
2 Votes

Tweet
The Journey of the Marked review by burkekat97

On planet Zolei your sixteenth birthday is feared. Will you be marked? As their only hope of survival, a group of marked teens race across the land in a desperate search for a hidden training camp. Will they make it with their enemies in close pursuit?

What's this?
The Journey of the Marked review by cshattan

What would you do if you were marked by a legendary princess and are now being hunted by her enemies? For Eros, Kenrya, Prizene, Tip, and Azetan, the choice is clear … survive.  On the planet Zolei, an upcoming sixteenth birthday is dreaded.  The day a girl or boy turns sixteen, a mark will appear below their left ear if they are chosen by Lady Anyamae.  The marked are feared.  Grealiths and Tyrnotts hunt them, and wherever the marked go, destruction follows.