Rebecca always has a story "playing" in her thoughts. If she puts a book down, her imagination grabs the story and starts creating alternate storylines, expanding on the world to which she's already been introduced by the author. Over time, she began developing the concept of an advanced species that is the imminent example of the "survival of the fittest" evolution theory. That species was the beginning of her series, The Miyran Heir. The first book in the series, The Journey of the Marked, is now available on Amazon.

An avid reader, she enjoys fantasy, sci-fi, mysteries, and culturally-based biographies/travel stories. She is intrigued by cultural differences and this appreciation for variations throughout the world can be seen in her writing.

Rebecca grew up in Lexington, Kentucky and attended the University of Kentucky. She has also lived in Oregon, Los Angeles, Cincinnati, and Newcastle-Upon-Tyne, England. She currently lives in the western part of the US.

I think my first attempt at a creative story was the result of a 4th-grade writing assignment. While perhaps not a literary masterpiece, it introduced me to the idea of writing. In junior high and high school when other kids would doodle, I’d develop ideas and feelings into poems. I graduated from those into short stories and won the opportunity to participate in Kentucky’s Governor’s School for the Arts in writing. After graduating, I did put writing aside for a time, but then I became an avid reader, burning through several books a week. Finally, I reached a point where the stories in my head begged to be written, so I started writing again.

I’m not sure it’s a “who” that influenced me as much as a genre. I love losing myself in a fantasy or sci-fi book. Just being able to escape from life into another world/time for a few hours is relaxing. I will say that I’m fascinated with people and cultures, which influences my writing. I can only assume that appreciation developed at the hands of my parents. My story allows me to develop new cultures and really analyze why they do what they do.

That would have to be dystopian, but in particular, I love future times or alternative places that are a mixture of new technologies, as well as antiquated ones. While not fantasy/sci-fi, I love the world J.D. Robb created in her “In Death” series. Society has created all of these advanced technologies, and yet there’s still a grittiness that makes it real.

First, read. Try a variety of genres. You can learn from each and find interesting ways to incorporate that into something original. Second, practice writing and study it. Weaving together a cohesive and entertaining plot line takes hard work. I still read suggestions from other authors and learn something almost every time. Finally, love what you’re writing. Don’t jump on the band wagon of the current popular storyline and don’t write for others. If you don’t love what your writing, readers are far less likely to love it.

Oddly, I have found I’m most productive in my living room with a sports game playing in the background. Unfortunately, my mind wanders once I start writing and begins building other threads and storylines, which distracts me from the particular chapter on which I’m working. I’m not a big sports fan, so I think the slight pull on my attention from the game keeps my mind from going off in various directions.

I love hearing feedback on The Journey of the Marked (book one). It’s useful as I’m currently working on book two in my series, The Miyran Heir. 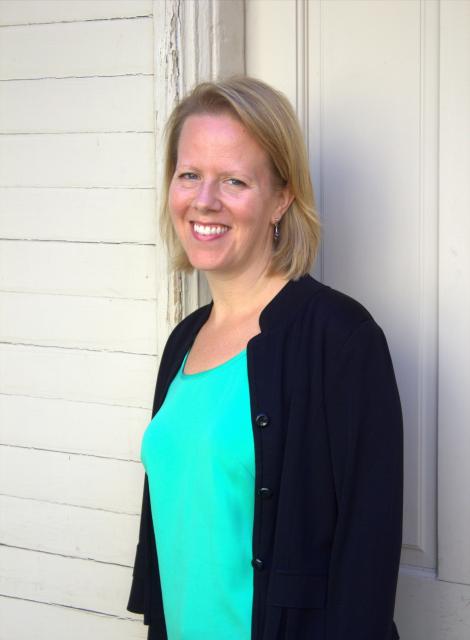