Johnny and the Bomb 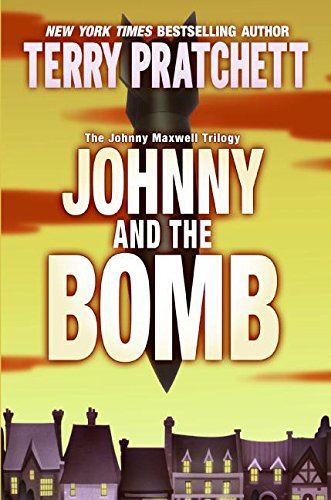 Johnny and the Bomb
Terry Pratchett
Twelve-year-old Johnny Maxwell has a knack for being in the wrong place at the wrong time. This has never been more true than when he finds himself in his hometown on May 21, 1941, over forty years before his birth!An accidental time traveler, Johnny knows his history. He knows England is at war, and he knows that on this day German bombs will fall on the town. It happened. It's history. And as Johnny and his friends quickly discover, tampering with history can have unpredictable—and drastic—effects on the future. But letting history take its course means letting people die. What if Johnny warns someone and changes history? What will happen to the future? If Johnny uses his knowledge to save innocent lives by being in the right place at the right time, is he doing the right thing? Mixing nail-biting suspense with outrageous humor, Terry Pratchett explores a classic time-travel paradox in Johnny Maxwell's third adventure.
1 Vote

Blackbury, a small town near London, is where a young teen named Johnny Maxwell lives. After dreams of the night Blackbury was bombed during WWII, nearly 60 years ago, his friends think he is starting to lose it. While walking back from the movies one night, Johnny and his friends, Wobbler, Bigmac, and Yo-less, stumble upon a homeless woman named Mrs. Tachyon. She appears to be injured, so while she is in the hospital Johnny keeps her cart in his garage. Later that day he discovers that the cart can be used to travel through time!