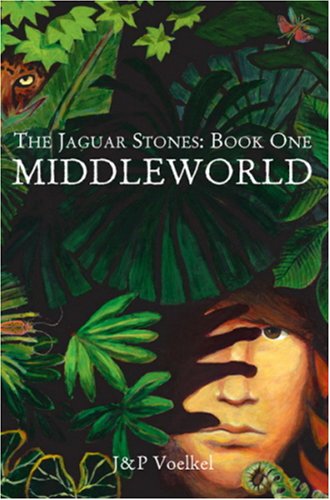 The Jaguar Stones: Middleworld
J&P Voelkel
Harry Potter meets Indiana Jones meets Clash of the Titans! Fasten your seat belts for a heart-stopping ride of suspense and terror, set against a background of haunted temples, family secrets, ritual sacrifice, and adolescent angst, as a pampered, pizza-eating Boston teenager fights to survive in the teeming jungle and save the modern world from the Ancient Maya Lords of Death. It transports the reader to a world in which the Maya deities still have power and influence, where time and space are in flux, but where even a fourteen-year-old from the outside can become aware, and find wisdom and love, if he can but open his eyes to the magic around him.
1 Vote

Max Murphy is a fourteen year old boy that just wants to be in his Boston home playing video games and eating pizza. His parents are archaeologists that are absolutely obsessed with the ancient Maya. When they go to a sacred pyramid, the Temple of Ix Chel, they suddenly disappear. Max is sent to his uncle Ted's house in Central America for an unknown reason. Max learns that his uncle's banana business has to deal with a lot more than just bananas. He is smuggling ancient Maya artifacts.