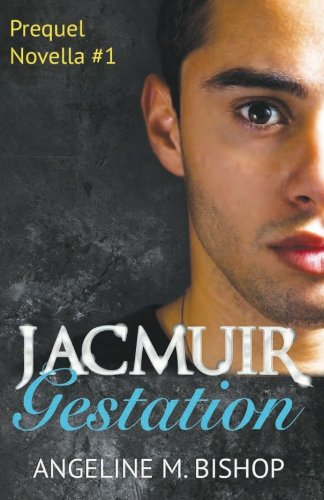 Every story has a beginning, a gestation period where everything takes time to manifest.Before Natro, Resna, and Xavor ruled the kingdom of Jacmuir they were ordinary college students navigating their senior year at Jacmuir University. Xavor watched cautiously as Natro won over the Jacmuir University student body with the promise of a legendary Homecoming costume party aimed to win Resna's heart. Xavor reluctantly helps Natro with his party plans with the pretense of finding the perfect time to tell Resna he has feelings for her. He's not sure how Resna will react to his disclosure but he has to find out before Natro discovers their playful rivalry is actually a serious competition.At the costume party, Xavor is forced to confront a secret from his past that will change Resna's and Natro's perception of him and seal their bond as friends forever.
2 Votes

Set years before the events of Jacmuir: Trust Stained Lies, Xavor, Resna, and Natro are students at Jacmuir University. Natro wants to take his fellow students’ minds off of their difficult college studies, so he decides to throw a party. Xavor opposes this idea at first, but when he realizes that he might get to take Resna, the girl he has a crush on, he agrees to help. However, once they’re at the party, Xavor is forced to come to terms with an event from his past, one he hoped he would never have to face again.

As a prequel to the Jacmuir series by Angeline M. Bishop, “Jacmuir: Gestation,” takes place while three characters, Xavor, Natro, and Resna, are college students at Jacmuir University.