Angeline Bishop writes contemporary romance fiction and has a growing fan base.  Angeline’s novels are thought-provoking, refreshingly entertaining, fast paced, and with a strong romantic elements. She was born in Washington, D. C., but lived most of her life in New Jersey and considers the 'Garden State' her home. Her childhood passion for writing led to a degree in English Literature and a membership in Romance Writers of America.

Aside from writing her own novels and blogging, Angeline is the Vice President of the  Cultural, Interracial, and Multicultural Special Interest Chapter of Romance Writers of America. and enjoys helping authors strengthen their craft.  She co-hosts the AMB Talk Radio podcasts each Fall with her pop-culture loving, college-aged daughter. And she’s the founder of the AMB Ovation Awards (The Angie) which provides honor and recognition of authors’ outstanding achievements in the multicultural romance literary profession.

She is looking forward to partnering with Astraea Press to present the Jacmuir Series, a multicultural New Adult series inspired by her college-age reader fan base. She also enjoys visiting different school districts and motivating students to read and to reach their goals.

In 2000, I was determined to study the writing craft, so I joined Romance Writers of America (RWA) and began putting my English Literature degree to good use. Today I write clean multicultural New Adult romance fiction series with fantasy elements; it's called the Jacmuir series. New Adult is a new genre that features protagonists in the 18 – 30 age range. Amazon also calls it 'college romance' because many New Adult stories feature teens entering or attending college. This demographic of readers starts Twitter trends, enjoys pop culture, and isn't afraid to vblog about things they like and hate.

Thomas Malory had a profound effect on me. Malory successfully consolidated many Arthurian legends into one epic volume. The first publication of Le Morte d’Arthur was published by William Caxton in 1845 and the Caxton version remained the sole textual source for Malory’s work.

I was an adolescent when I read a great deal about Arthur and Camelot, so the ideal of courtly love and the Code of Chivalry were very intriguing. King Arthur, Queen Guinevere, Launcelot, Merlin, and Morgan le Fay were extremely well developed and their plot lines were tightly interwoven. There were also historical references that made readers wonder if the story may have occurred between 500 and 550AD. Malory’s novel was filled with drama, suspense, and supernatural elements, which captivated my attention and gave me my first introduction to mythology, monarchies, and heresy.

When I’m reading books now, I normally gravitate toward a direct, contemporary style of fictional writing. I appreciate pieces with a fast-pace and captivating dialogue, where the syntax stays simple and straightforward. Flowery imagery isn't as vital as giving me space as a reader to formulate my view of characters and setting based on my own interpretation of the dialogue and narrative voice. I know my love for plays and the theater has a direct correlation to this preference.

As an inner city youth, my first exposure to the theater was watching PBS on a Saturday afternoon with my mother. We watched Tennessee Williams' Cat on a Hot Tin Roof one fall, and it took my breath away. I hung on every word and found myself utterly captivated with the performance. Later when I was fourteen, I attended my first community theater play and by the time I turned twenty-two, I took Sonny’s Blues, a short story by James Baldwin, and created my first screenplay. From that time until this one, I’ve been drawn to dialogue heavy prose. What can I say? I'm addicted.

Beside my love of Le Morte d'Arthur by Sir Thomas Malory, I also enjoy Beowulf and stories from Greek mythology. I inhaled these stories as a young person and then Paradise Lost by John Milton and The Iliad and The Odyssey by Homer reinforced my desire to write an 'Everyman' story which featured diverse characters.

I created the book series to take place in contemporary times after a talk with MacKenzie Fraser-Bub, a literary agent that once worked with the Trident Media Group. (She went on to work for Howard Morhaim Literary Agency and now she's heads up Fraser-Bub Literary, LLC.) At a writer's conference, she was adamant that this story needed to be prevalent to today's New Adult book market.

At the time, the majority of New Adult books seemed to be chronicling coming-of-age sex experiences. The Jacmuir series is totally different from those books because it deals with coming-of-age based on a young person gaining a better understanding of their world. There's something about the college years that makes all students look at their parents and teachers through unveiled eyes. It's like they finally see the humanity of the adults that monitored their behaviors through adolescence. At a certain age, youth begin to gain an understanding of who they are and what type of adult they want to be, so my New Adult novels will be very focused on internal turmoil and self-realization.

Many writers believe they should only write when inspiration hits them, but I would caution future authors to start to look at your writing the way publishing companies look at it. It’s a business. And as a business owner, you cannot work in a random fashion and expect to become proficient at the craft or excel in the current marketplace. Today’s authors not only write, they market their books, network at conferences, increase their education, and collaborate with industry professionals to increase their brand visibility. Great writing no longer holds the promise to writing success; now authors have to be relatable, accessible, and engaging with their readers as well as providing excellent stories. Reader demands are now dictating the market more than the mandates of the big six publishing companies.

So take a moment and look up one of your favorite popular authors. You’ll see they have a website and a presence on many social media outlets because readers, old and new, have a Goggle mentality. They want to know more about an author before they invest in the rest of their books. And if an author can add a little structure to their writing and marketing endeavors, the readers will return the favor with their book purchases and reviews. And great reviews will help other readers find your works.

So if you are a brilliant writer, now is the perfect time to start thinking like a creative businessperson. This will make the difference between someone thinking you have a hobby versus a writing career. You may not have to write and read every day, but you’ll need to do something that will help your career advance and get readers to recognize your works. So try to motivate yourself to go beyond sporadic writing sessions and make a plan for writing success.

At this moment, I’m able to figure out character motivations on the morning commute, plot twist while folding laundry, and chapter endings while washing my hair, but the place where the majority of my work gets done is in my home office. I enjoy plotting out my novels before any long writing session, so chapter outlines and my character biographies are essential for a productive writing session.

I enjoy writing and re-writing many drafts of a story so it can shine. The first draft feels like the framework for a beautiful home while the sequential drafts feel like when the walls, plumbing, and electrical are all in place. And there’s something wonderful that happens when you give an editor a story you streamlined and developed over a few months. A synergy takes place as you prepare the work for publication with a great team, so never get mad at yourself for taking your time writing your book. Would the world want you to write faster so your readers won’t forget you? Of course they would. But it’s up to you make sure each book is better than the last and that you are interacting with your readers enough that they understand your next book is coming.

It was a pleasure to write this novella for the LitPick readers and I really hope they enjoy it.

This is a book series I'm passionate about, and I'm so glad I have your help to make it a success. Let me give you a small look at how the prequel novellas came to life. It started when readers began to ask me questions about Queen Resna in Jacmuir: Trust Stained Lies (Book One).  Resna is the queen of Jacmuir, and at the end of chapter one her husband, King Natro, mysteriously dies. It looks like an assassination, but as the Crimson Knights attempt to uncover the truth, they begin to uncover dark secrets about the monarchy.

There's a moment in the book where Queen Resna is confronted by Silena Staats, a powerful businesswoman who did an unforgivable act against the crown. When the two women come face to face, Silena alludes to a history that makes a graceful queen lose her composure and banish her from Jacmuir. This confrontation, and other plot points, caused readers to ask me what happened in the past between Natro and Silena, so in the prequel novellas, I'll unravel how Silena gets Natro so indebted to her that she can ask for an unthinkable thing as her final payment.

Angeline, thank you for spending some time with LitPick and for sharing more about your series and the changes you’ve seen in the marketplace for books. 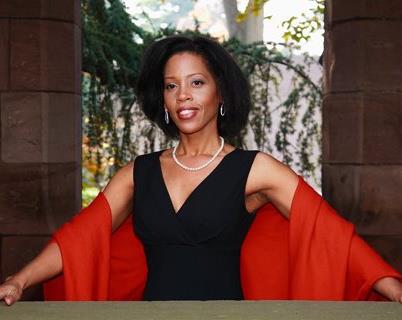