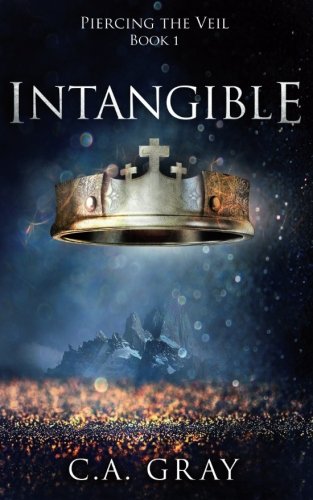 Intangible
C A Gray
An ancient evil returns. A prophecy foretells of a champion.Peter Stewart grew up on a unique version of the Arthurian legends taught him by his father, a harebrained quantum physicist who asserts that anything is possible. But Peter disbelieves anything which cannot be scientifically explained, despite a nagging sense that there is more to the world than meets the eye.Lily Portman is an orphan with a secret: she can see creatures that are invisible to everyone else. These creatures control every human being she has ever met to varying degrees... until she meets Peter and his father.When a mysterious stranger stages an accident which nearly costs Peter and Lily their lives, suddenly Lily learns that she is not crazy after all, and Peter discovers the truth of his father's stories... including the existence of Arthur's ancient nemesis, one who calls himself the Shadow Lord, and a prophecy with implications so profound that it will alter not only the course of their lives, but potentially the fate of the world.
2 Votes

Peter Stewert is an ordinary outcast until one day, Lily Portman shows up at his school.  Lily can see invisible creatures spread throughout the world attaching to everyone except for Peter.  Peter saves them from a deadly accident.  They both find out that, in a magical city called Carlion, Peter is destined to fight off the evil creatures that Lily sees controlling the human race.  Because Peter always thinks logically, he denies this.

What's this?
Intangible review by McTower

Peter Stewart is what many would call an absolute loser. Everyone makes fun of him. Soon, Peter meets Lily Portman, a girl with a secret: she sees creatures that no one else can see. Peter and Lily soon become friends at school. They hang out after school as well. Then, one day, Peter and Lily are driving and a stranger causes a mysterious accident that nearly kills everyone involved. The stranger caused the accident to bring Peter and Lily to a magical place. The magical place is Carlion, separate from Earth but still located on the planet.