If I Were Your Boyfriend 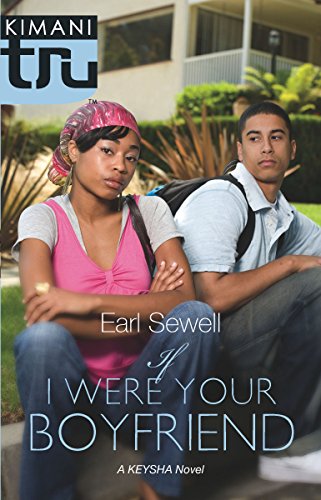 If I Were Your Boyfriend
Earl Sewell
Social zero meets unlikely heroHow had Keysha gone from popular to social outcast? One word: frenemy. A girl Keysha thought was her friend planted drugs on her—and Keysha got caught. The media blitz on their wealthy suburb turned everyone against her. First day back at school, and Keysha is stared down in the halls. Whispered about. No one will talk to her. And the girl who ruined Keysha's reputation laughs in her face. So when a guy with his own bad rep offers to help, Keysha's first reaction is yeah, right. Talk about an unlikely hero.But soon she realizes that Wesley Morris is more than just hot, more than just talk. He's been there, done that and turned his life around. But no one wants this so-called bad-news boyfriend anywhere near Keysha. Including her family. Still, Wesley isn't willing to walk away and let Keysha Also Available pay for someone else's crime. He'll even risk everything to save her…and their relationship.
1 Vote

Tweet
If I Were Your Boyfriend review by KSee

Keysha and Wesley had a lot in common; they both were in deep trouble. Keysha was the new girl trying to fit in and ended up in the wrong crowd. Wesley was the bad boy who turned his life around. When Keysha is framed with drugs in her locker, the school's reputation is damaged and people turn against her.