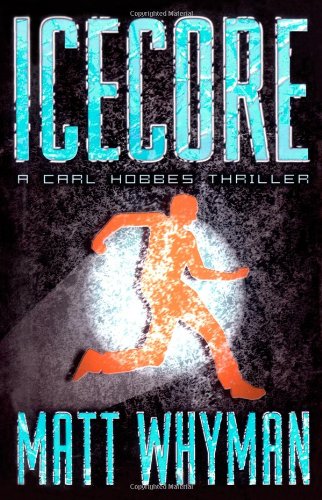 Icecore: A Carl Hobbes Thriller
Matt Whyman
Hypothermia is never far away. When the shivering stops, that's when you should start to worry. It's your body's way of signaling that it's lost the battle to keep your blood warm. But by then you'll be too weak to retrace your steps. Chances are you'll be so confused and disoriented that you won't even recall what it was you were fleeing in the first place. All you'll want to do is lie down in the snow and close your eyes.
1 Vote

17 year old British hacker Carl Hobbes hacked in to Fort Knox just to prove that it could be done. The problem is the American government found out he did it. So they gave him a choice: tell them how he did it, or go to jail for a very long time. Being only 17, he chose to tell them everything they want to know. They take him to the Guantanimo Bay of the Arctic for questioning. There, he meets Beth, the girl who got him into this mess in the first place. He answers all the American's questions, but they think he's not being entirely truthful.