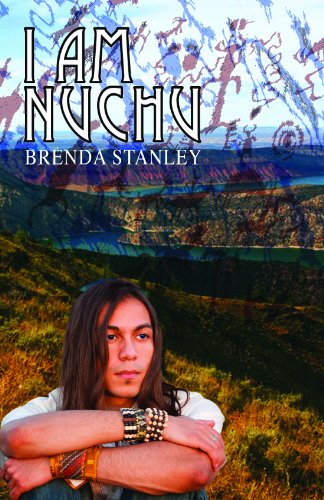 I Am Nuchu
Brenda Stanley
At age 17, Cal Burton, half Ute Indian, never gave much thought to his heritage. But when his parents suddenly divorce, Cal's mother uproots him and his siblings from Spokane, WA, to live with her on the Utah reservation where she grew up. Angry and resentful, Cal is at first put off by the poor standard of living on the reservation. Things only get worse and he's shocked when confronted with blatant racism in town. And here, people seem to recoil when he mentions his name. On top of it all, the bigoted local sheriff seems to have it in for him. When Cal's world is suddenly rocked by a terrible tragedy and he unearths several shocking facts surrounding his aunt's death at a nearby lake twenty years before, he vows to let nothing stop him from getting at the truth. Suspenseful and richly layered, I Am Nuchu is a coming-of-age story about a teen wrestling with his identity as he finds himself caught between two drastically different worlds.
1 Vote

I Am Nuchu by Brenda Stanley is the story of a high school senior, Cal Burton, that is struggling to find himself after his parents divorce and his mother relocates him and his siblings to an Indian reservation in Utah. When he gets to the reservation he has to build a relationship with the grandfather he barely knew as a child, and he struggles to build true friends. Once Cal finally begins to feel comfortable in his new surroundings a horrific incident occurs that sends Cal on a mission to convict his brother's killer. Will Cal succeed?