How I Found the Perfect Dress 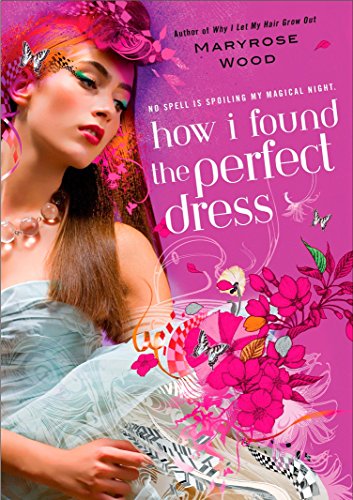 How I Found the Perfect Dress
Maryrose Wood
Maryrose Wood follows up her hilarious hit Why I Let My Hair Grow Out with another irreverent, teen angst-filled, girl-power romp.On a bike tour of Ireland last summer, Morgan Rawlinson fell for Colin, the hunky guide, and entered a portal that turned her into the goddess Morganne. Now she?s back to her painfully normal life and her relationship with Colin has fizzled to the occasional e-mail?until he writes saying he?s coming to Connecticut?just in time for the prom. But when he arrives, he?s exhausted. It seems that when Morgan crossed the portal as Morganne, a spell was cast on Colin. In his dreams he?s being forced to dance ?til dawn with the faeries, who want to boogie with him for eternity. Somehow she has to break the spell on her date, help plan the prom, and find the perfect dress. Oh, what a night?
1 Vote

Tweet
How I Found the Perfect Dress review by JHap

For those of you who think being a half-goddess is easy, you are in for a rude awakening. Unless you know where I can find a girl leprechaun for Jolly Dan Dabby, you are in no place to be saying things. And without the girl leprechaun, the love of my life Colin will waste away, dancing with the faeries until dawn because of a spell that was cast upon him-because of me. Newsflash-girl leprechauns don't exist. Plus, Mike Fitch likes me-and he can have any girl in the school. If I'm not careful, Mike will join Collin in the nightly dances and he too will waste away.