The House on Falling Star Hill 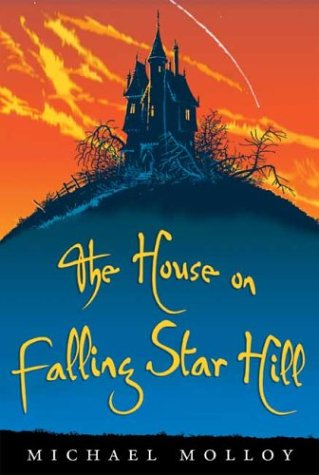 The House on Falling Star Hill
Michael Molloy
The break-out literary novel from Michael Molloy, who has achieved great commercial success with his WITCH TRADE and TIME WITCHES books.When Tim moves to his grandparent's village, everything seems mysterious. Why are there no flowers anywhere? Who is the weeping woman wandering through midnight streets? And what is the secret of the empty house on Falling Star Hill? The mystery deepens when Tim meets Sarre, a girl from another world. She leads Tim to the place she comes from--a magical, old-fashioned land connected to our own by falling stars, where flowers are guarded like treasures. It is there that all secrets will be revealed. And it is there that Tim will find his destiny.
1 Vote

Tweet
The House on Falling Star Hill review by ND

The House on Falling Star Hill is a book about a boy named Tim Swift and as his friend, Sarre, who are teleported into a parallel dimension called Tallis. In Tallis, everything that is impossible to Tim becomes a reality as he travels through this mystical world. As this pair go on a journey to stop Galeth, the Great Duke and his sidekick, Stryker, the Warlock, they add companions to their crew, such as Gurneys, bargainers that travel across Tallis. They must infiltrate enemy territory and try to defeat the most powerful man in all of Tallis.