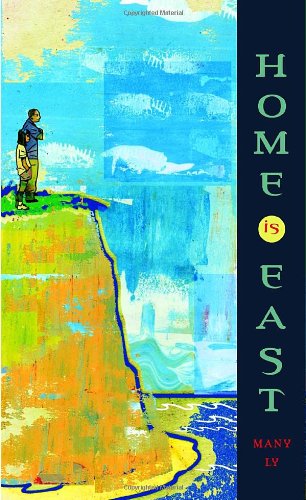 Home Is East
Many Ly
Ever since she was a tiny child, Amy’s father’s friends have told her that her young, pretty mother is going to leave her. Of course Amy knows that could never happen—her parents love each other and her, so how could her mother ever leave? Then, one chilly afternoon, Amy’s mother never shows up to pick her up from school. In that moment, Amy confronts a world that she never wanted to know existed. Amy and her father are Khmer, or Cambodian. In Florida’s tight-knit Cambodian community, word travels fast—and pity soon becomes suffocating. When Amy and her father escape to California, Amy faces new challenges, including a father that she barely recognizes. But with strength and courage, Amy builds a new network of friends, and comes to understand her father’s deep sadness—and his fierce love for her. Home Is East is a moving and hopeful story of how a father and daughter came apart, and how they found their way back to each other.From the Hardcover edition.
1 Vote

After Amy's Cambodian mother abandons her, Amy is left with her loving, timid, Cambodian father. Her "once so wonderful" world has been rearranged. The friends that she had had in St. Petersburg, Florida, were left behind when her dad suddenly decided to move them both to California. He begins to drink, gamble and smoke in a matter of hours after Amy's mom leaves. Amy feels so scared and confused in the mature world her new life in California sucks her into. She battles her drunken father and settles into her life when she can.