The Highest Tide: A Novel 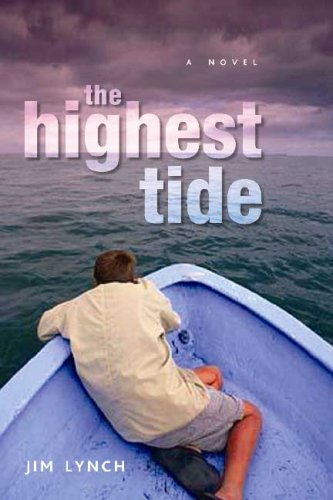 The Highest Tide: A Novel
Jim Lynch
One moonlit night, thirteen-year-old Miles O'Malley sneaks out of his house and goes exploring on the tidal flats of Puget Sound. When he discovers a rare giant squid, he instantly becomes a local phenomenon shadowed by people curious as to whether this gawky teenager is just an observant boy or an unlikely prophet. But Miles is really just a kid on the verge of growing up, infatuated with the girl next door, worried that his bickering parents will divorce, and fearful that everything, even the bay he loves, is shifting away from him, In this beguiling novel, we witness dramatic changes for both Miles and the coastline that he adores over the course of one unforgettable summer.
1 Vote

Tweet
The Highest Tide: A Novel review by SAs

Jim Lynch's The Highest Tide is the story of Miles O'Malley growing up over a summer. An only child, he is fascinated by and spends his time at the beach collecting all sorts of marine creatures. He likes Angie, his cool neighbor who is a couple of years older than he is and used to baby-sit him, but she does not notice him until he makes a life-changing discovery and becomes famous overnight. At a time when he is facing his parents possible divorce and is struggling to fit in with kids his age, he finds a rare squid from the opposite side of the world.