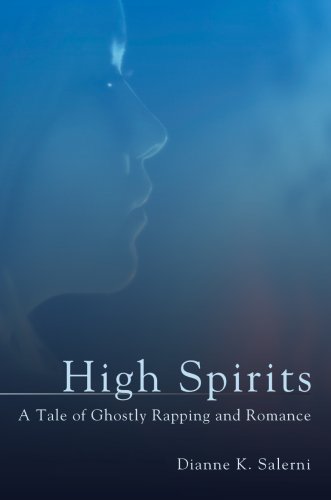 High Spirits
Dianne Salerni
In mid-nineteenth century America, spirits knock and tables tip for Maggie and Kate Fox, two teenage sisters who convince people they can talk to the dead with their mysterious rapping noises. Before long, neighbors are begging Maggie and Katie for the chance to receive messages from dead relatives and older sister Leah realizes that their “prank” has real money-making potential. Soon, the sisters hit the road to bamboozle newspaper editors, politicians, and the public at large and start a national craze for spirits and ghosts. Their fame grows—but could their powers actually be real? See the good and the bad that can happen when three sisters land in the limelight and come to their own conclusions about what’s true, what’s right and what’s important.
2 Votes

As children Maggie and Kate were big trouble makers. Leah, who was much older, did not live with them. However, things changed as they grew up. In the middle of the 19th century, Maggie, Kate, and Leah managed to convince people of knocking spirits and ghosts. As time went on, the knocking ghost noises meant something different to each sister; some scamming, some popularity, and some money. Many people found them crazy and full of witchcraft, as their lies became a way of life. Maggie met an arctic explorer who gave her a chance to turn her life around from the lies and deceit.

High Spirits by Dianne K. Salerni is about two real historical figures. These girls, Maggie and Kate Fox, started rapping out messages from spirits as a joke to scare their family. Soon everyone in their family and town believes them to be mediums that are able to communicate with the dead. Their older sister starts using their "gift" for money-making purposes, which leads the girls to creating a national craze known as spiritualism. When Maggie meets an Arctic explorer, she must choose between the man she loves and her spirit rapping.