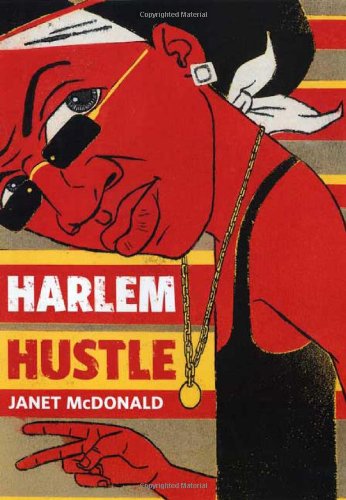 Harlem Hustle
Janet McDonald
Hustle's personal Harlem was sorely in need of a renaissance. For him, it was the place where a scared kid named Eric Samson had been ditched by druggy parents and dismissed by frustrated teachers. Abandoned to the streets to raise himself, Eric Samson knows life won't be easy, beginning with the choices he must make. The fast cash of the streets still tempts him, but the threat of getting locked up – again – is daunting. Maybe Eric's way out is as Harlem Hustle, the rapper he dreams of being. At his side is Manley "Ride" Freeman, surrogate brother and best friend. And Jeannette Simpson, the college-bound "round-the-way" girl he hopes will be more than a friend. But does Eric have the strength to leave the familiar street life behind and the courage to reach for his dream?In her companion to Brother Hood, Janet McDonald once again captures the rhythms of Harlem in this fast, funny story of a restless teenager who uses the power of words to rise above it all.
1 Vote

Harlem Hustle is a teenager living in (where else?) Harlem. Hustle, who also goes by "Double H" (real name Eric Samson) may not have much in his life, but he's got big dreams. Hustle wants to be a rap star. He's got the words--he's been writing down his raps for a long time now. He just needs to break into the music business and get his work noticed. Easy, right?