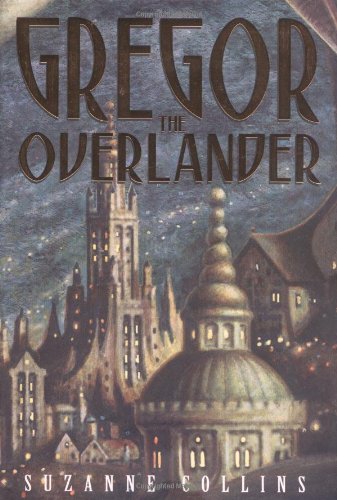 This irresistible first novel tells the story of a quiet boy who embarks on a dangerous quest in order to fulfill his destiny -- and find his father -- in a strange world beneath New York City.When Gregor falls through a grate in the laundry room of his apartment building, he hurtles into the dark Underland, where spiders, rats, cockroaches coexist uneasily with humans. This world is on the brink of war, and Gregor's arrival is no accident. A prophecy foretells that Gregor has a role to play in the Underland's uncertain future. Gregor wants no part of it -- until he realizes it's the only way to solve the mystery of his father's disappearance. Reluctantly, Gregor embarks on a dangerous adventure that will change both him and the Underland forever.
2 Votes

Gregor, whose father went missing several years before, is babysitting his little sister when she opens a grate in the basement floor and falls into the Underland, far below the Earth's surface. There he meets rats, bats, beetles, spiders, all of which are man-sized, and men who traveled down below the surface hundreds of years before. He tries to leave and fails, but hears word of his father. He then sets off in an adventure that, hopefully, will allow him to save his father and all the other humans in the Underland.

What's this?
Gregor the Overlander review by JP

I really, REALLY liked this book. I love fantasy books and this was perfect. It mixed just enough of the real world with fantasy to create a great book. I have never seen an author mix fantasy and realism like this. That mixture made this book unique. It was a real page turner and kept me interested in all of the characters. The ending was great for the book. This book is one of the best books I have read in a while. If you like fantasy, then you will really like this book.