Grace and Dignity: The Ark of the Sacred Scrolls (Volume 1) 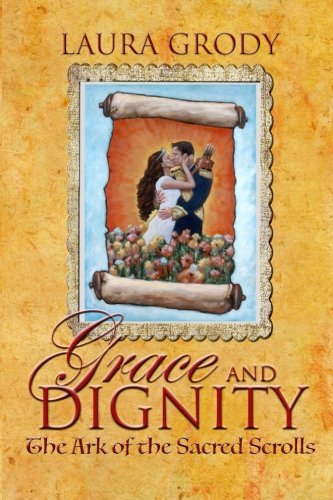 Grace and Dignity: The Ark of the Sacred Scrolls (Volume 1)
Laura Grody
Princess Grace and Prince Dignity, a royal couple with mystical powers, are set to be crowned king and queen of the magnificent Kingdom of Love. But on the eve of their coronation, disaster strikes, and Grace is told her prince has been murdered. Grief-stricken, the princess reportedly dies of a broken heart, and the shocked kingdom falls into the eager hands of Dignity's unscrupulous, narcissistic cousin, Prince Denial.  Months later, however, Grace is found alive with a gap in her memory, a loss of her powers, and a mysterious Pig Latin note suggesting Prince Dignity is very much alive. As she searches for her prince throughout the rundown kingdom, Grace stumbles upon an ancient secret known as the Cosmic Source--a powerful force which promises to revive her mystical powers and lead to an exciting new way of living. But with the crown title "throne" for a loop, the future of the Kingdom of Love hangs upon the prince's Dignity.  Find out if True Love conquers all in this mystical, linguistical tale!Royalty Fiction, Clean Romance, YA Fantasy Adventure, Metaphysical Fiction, Fairy tales for adults, Visionary fiction, Romantic comedy Kindle books
1 Vote

Tweet
Grace and Dignity: The Ark of the Sacred Scrolls (Volume 1) review by sisto8

This book is about a princess named Grace and her prince, Dignity. Both the princess and the prince have special gifts. Princess Grace has the gift to read minds and speak in many different languages. Prince Dignity has the gift to shoot any target with his bow and arrow. Grace and Dignity are planning to get married. As soon as Princess Grace puts her dress on, the Royal Sage comes rushing into her room. She looks at him and knows what he is going to say before he speaks a word. Prince Dignity is dead. But he wasn’t dead. He was murdered.