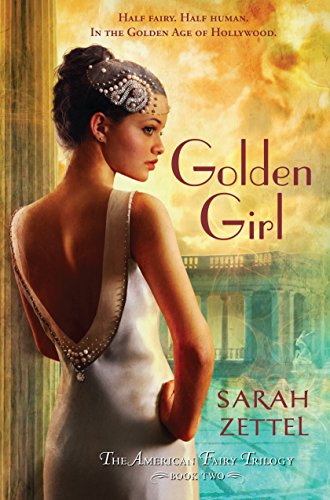 Golden Girl
Sarah Zettel
Fans of Libba Bray's The Diviners will love the blend of fantasy and twentieth-century history in this stylish series.Callie LeRoux has put her grimy, harrowing trip from the depths of the Dust Bowl behind her. Her life is a different kind of exciting now: she works at a major motion picture studio among powerful studio executives and stylish stars. Still nothing can distract her from her true goal. With help from her friend Jack and guidance from the great singer Paul Robeson, she will find her missing mother. But as a child of prophecy and daughter of the legitimate heir to the Unseelie throne, Callie poses a huge threat to the warring fae factions who've attached themselves to the most powerful people in Hollywood . . . and they are all too aware that she's within their reach.A strong example of diversity in YA, the American Fairy Trilogy introduces Callie LeRoux, a half-black teen who stars in this evocative story full of American history and fairy tales.Supports the Common Core State Standards.
1 Vote

After surviving the harrowing experience of the Dust Bowl, Callie LeRoux feels invincible. She has her life figured out and loves her stylish job at a film company, where she can live the fast life in the glamourous era of the 1920s.  Despite her success, she cannot let this distract her from her true mission, finding her mother. She finds herself tangled up in a world of magic, caught in between conflicting fairy clans.