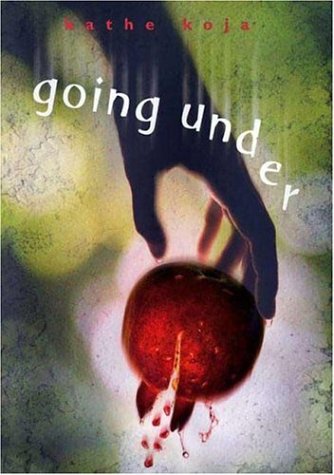 Going Under
Kathe Koja
Because all my life had been a chrysalis, with you, Ada and Marshall and our house; even though we did other things and saw other people, the summers at the lake, and all those homeschoolers' parties, it was still always just – us.Hilly and her brother, Ivan, have been homeschooled by their parents. All their lives it has been just the two of them – Ivan and Hilly, brother and sister, pilot and copilot. Until Hilly breaks out of their cozy cocoon to work on the local high school literary magazine as an extracurricular activity. Ivan feels betrayed: it's no longer just the two of them. And when Hilly goes into a depression after the suicide of a friend she has made at the magazine, she drifts even further away from Ivan. Hilly's parents insist that she see a psychotherapist. Ivan steps in to help manage Hilly's recovery by taking her to and from her appointments but compounds the betrayal by establishing his own relationship with the manipulative therapist.Through the alternating voices of Hilly and Ivan, and drawing on the myths of Persephone and Narcissus, Kathe Koja explores the souls of two teenagers caught in a world where love takes you deeper than you ever dreamed you'd go.
1 Vote

Going Under is a novel in which Kathe Koja introduces readers to Hilly and Ivan, sister and brother, but more than that. Before Hilly decided to break away from family, to meet people who were not related to her, and Ivan felt betrayed. To achieve her goal, she joined the literary magazine staff at the local high school. It's a great activity for her; she has been writing for almost her entire life: essays for her mother, entries to contests, but, most important, her journals. While working on Currents, as the magazine is called, Hilly meets new friends, Kim and Elisha.