Global Warming and the Dinosaurs 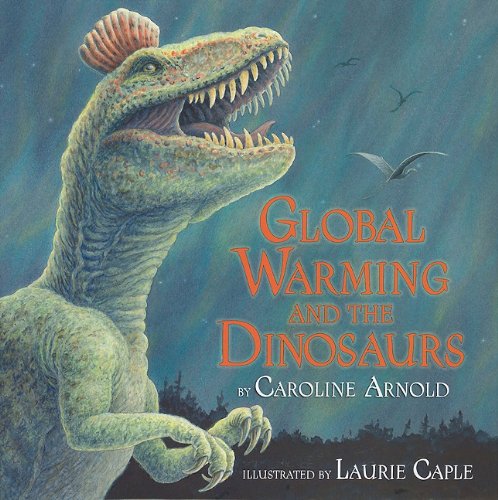 Global Warming and the Dinosaurs
Laurie Caple, Caroline Arnold
Dinosaurs are usually pictured in warm, tropical environments, but fossils found at the poles are filling in the gap of knowledge about how and where these creatures lived. Evidence from bones and teeth to trackways and skin impressions raises important questions: How did dinosaurs cope with three months of total darkness in winter? What plants grew in the polar regions? How cold was it? What are the implications for today, as glaciers retreat, ice shelves melt, and permafrost thaws? The polar regions are a unique "library" of the past, and Caroline Arnold introduces readers to the gigantic prehistoric creatures that inhabited them.
1 Vote

Tweet
Global Warming and the Dinosaurs review by KMeng

The age of the dinosaurs was millions of years ago, but they lived exactly where humans do today. In fact, the dinosaurs covered more of the earth than we previously imagined! The far reaches of the world, the Arctic and Antarctic, used to be covered with forests. Also, global temperatures were much hotter than they are currently. Polar dinosaurs can be found in places such as Alaska, Canada, Australia, and South America. That is because the landmasses were only Laurasia and Gondwana. Since, they have split to become the seven continents that we know today.