The Dying Days of Segregation in Australia 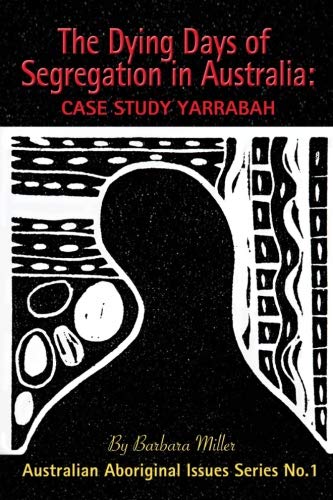 The Dying Days of Segregation in Australia
Barbara Miller
100 years of segregation in Queensland. A premier who ignores international racial discrimination law. An Aboriginal community just as determined to break free. Who will win? Did the deep north of Australia experience racism, discrimination and segregation? Yes. But it was different from the deep south of the USA. A system similar to South African apartheid existed on Aboriginal reserves like Yarrabah in Queensland till as recently as 1984. This book, The Dying Days of Segregation in Australia: Case Study Yarrabah, is unique in that Australian Aborigines themselves tell their story of living under legal discrimination on reserves and discusses their aspirations for self-determination, local government and land rights. Human rights abuses of the law they lived under are discussed in detail as well as government policy that promoted racial discrimination. Race relations are examined. The book is a political history from contact till now between white and black Australia and puts Yarrabah in a national context. Despite past racism and discrimination and some lingering examples of this in government policy and society’s attitudes, Yarrabah today is a thriving community run by an Aboriginal Council. It still has some of the hallmarks of a disadvantaged population like lack of housing and health issues. Yarrabah is no longer a reserve. It is still a discrete community but its residents do not experience segregation and can come and go freely and have the same human rights as other Australians. For those interested in politics and government and public affairs policy in relation to ethnic studies or minority studies, this is the book to read. History buffs and legal eagles will find it fascinating. The author has a long term and close association with Yarrabah. It is entirely appropriate that Barbara Miller is the one to write an update on Yarrabah’s efforts at self-determination and land rights, as she does not just stand on the sideline and cheer us on…This book gives a succinct report of how things have turned out in the last thirty years. She has ably teased out the many strands of human rights issues that reveal the many flash points that happened as Aboriginal people and friends contended with, and still contend with the ‘hydra-like monster’. Rev Michael Connolly, Former Chairman of Yarrabah This book is of significant historical value not only for Yarrabah but Aboriginal people across the country can relate to it through their own stories. I strongly recommend this book The Dying Days of Segregation in Australia: Case Study Yarrabah. I can testify that I have lived in this era, when segregation was in its dying days….When I came to live in Yarrabah in 1984, the days of the white only section and black only sections in the town, drawn up by the Department of Native Affairs, was coming to an end. Les Baird, CEO, James Cook University Cairns, former Training Co-ordinator, Wontulp-Bi-Buya College 2006–2016 This book should be a standard school text book. George Villaflor, CEO of first Cape York Peninsula Aboriginal legal service, former CEO of Ngambri Local Aboriginal Land Council, Queanbeyan. This is an excellent coverage of the milestones in the contemporary historical coverage of our Indigenous Queenslander’s struggle for Land Rights and freedom from the autocratic control of Government.
1 Vote

Tweet
The Dying Days of Segregation in Australia review by Star360