Barbara is a historian, pastor, mediator, psychologist, sociologist, teacher, social justice advocate and sought-after speaker. She lives in Cairns, Australia with her husband Norman, an Aboriginal artist and pastor.

Her memoir White Woman Black Heart was shortlisted for the Queensland Literary Awards in 2018 for the main prize, the Queensland Premier's Award for a Work of State Significance.

Her first book on the Holocaust was the biography called William Cooper, Gentle Warrior: Standing Up for Indigenous Australians and Persecuted Jews in 2012. Cooper was a Christian Aboriginal Australian who, as well as being an activist for his people, led one of the few private protests worldwide against Kristallnacht. He has been honoured at Yad Vashem for that. Barbara is updating the 2012 book into two books with the first - White Australia Has A Black History: First Nations Peoples' Political Activism, just published.

Barbara's own history of activism and her work for Aboriginal organisations such as the North Queensland Land Council which she helped establish in 1975-7 and the Aboriginal Coordinating Council (ACC) of which she was CEO in the 1990s, have given her an insider's view. The ACC was a statutory body representing remote Aboriginal local government councils.

If I Survive: Nazi Germany and the Jews, 100-year-old Lena Goldstein's Miracle Story is Barbara's second book on the Holocaust. This gripping biography of Lena Goldstein is the first in a series called Faces of Eve and has come out of Barbara's long history of involvement with the Jewish community in Australia and Israel.

She wrote an intriguing historical biography in 2014 on European adventurers such as Quiros, Torres and Janszoon who voyaged through the Pacific Islands in the early 1600s looking for a large south land. Barbara followed in 2018 with her memoir, White Woman Black Heart: Journey Home to Old Mapoon, A Memoir and The Dying Days of Segregation in Australia: Case Study Yarrabah.

Joining LitPick for an author interview today is Barbara Miller. She wears many hats, including historian, pastor, social justice advocate, and author. Barbara and her husband live in Australia, and she has written biographies and her own personal memoirs.

Check out the animated review video that includes images from the book: https://youtu.be/ujoN2nazGmA

I do have a good outline, but I'm also flexible to add or change a heading as I go.

***What do you do when you get writer’s block?

I don't usually experience writer's block, but after I finished my last book, it took me a while to get writing again as I wasn't sure which book to do next. I had so many books in my head. Once I finally started on this book, which is an update of a 2012 book, the flow started. However, for me, while I enjoy writing, it's always something that requires discipline to get it done.

***If you could live in a book’s world, which would you choose?

I'm not a fiction or fantasy reader, so this is a hard call. I'm quite happy living in Australia today.

The Color Purple. I do enjoy Whoopi Goldberg as an actress and Oprah Winfrey and the topic.

***If you could have lunch with one other author (dead or alive), who would it be?

Greg Sheridan is an Australian journalist on foreign affairs. He has written a book God is Good for You. It is a defense of Christianity. I haven't read it, but I think it would be good to read it and have a chat with him about that and his travels and observations on Israel and the Middle East. I am a Christian and I have visited Israel, Jordan and Turkey.

While my memoir White Woman Black Heart: Journey Home to Old Mapoon was shortlisted for the Queensland Premiers Award for "A Work of State Significance," my most successful and well-read book is If I Survive: Nazi Germany and the Jews: 100-year-old Lena Goldstein's Miracle Story.

Barbara, thank you for joining LitPick for an author interview. It has been wonderful getting to know more about your writing process. We can’t wait to hear more about your next project!

I loved reading books when young and writing essays at school. Once I filled a whole copybook with a story about a treasure island while I was at primary school.

My uncle was my history teacher at high school and I loved history. I majored in English, History and Psychology at university. I was working voluntarily for International Development Action (IDA), a Christian group in Melbourne, Australia that had a research and action focus to bring positive social change. I liked that we took the time to find out about the facts of a situation before embarking on action and that we didn’t just talk or write about things, we did something. It was IDA who sent me to Cairns to work on what became the Mapoon project - helping the Mapoon Aborigines move back to the land they had been moved off by force for mining which didn’t occur.

My favourite subject is writing about the history of the contact of Europeans with Australian Aborigines and current events re that relationship. This is because of my passion for social justice and Aboriginal advancement.

My advice is to write about something you are passionate about and realize it is hard work and you need to prioritise it enough to make the time to do it and persevere.

I usually write at the kitchen table so I can be part of family life and not secluded away from my family.

An author needs to know what’s important to them and to have goals and work out a plan to achieve them. If you are self-published, you need to put time into promotion.

Barbara, thank you for joining us to share more about yourself and your inspiration as an author. May you continue to be the voice of many people and shed light on social injustice! 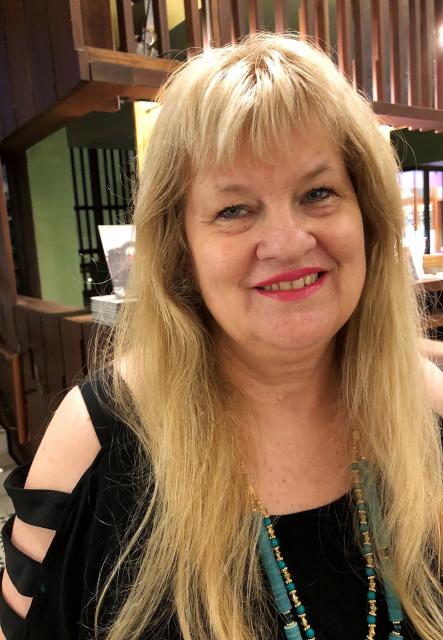