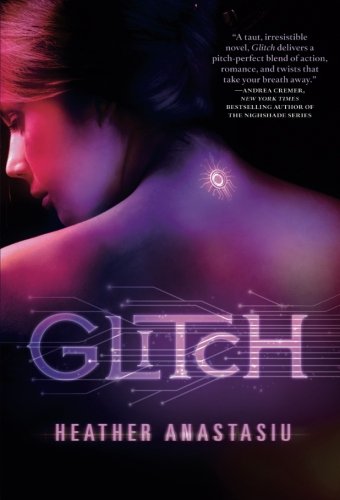 Glitch
Heather Anastasiu
In the Community, there is no more pain or war. Implanted computer chips have wiped humanity clean of destructive emotions, and thoughts are replaced by a feed from the Link network. When Zoe starts to malfunction (or "glitch"), she suddenly begins having her own thoughts, feelings, and identity. Any anomalies must be immediately reported and repaired, but Zoe has a secret so dark it will mean certain deactivation if she is caught: her glitches have given her uncontrollable telekinetic powers. As Zoe struggles to control her abilities and stay hidden, she meets other glitchers including Max, who can disguise his appearance, and Adrien, who has visions of the future. Together, this growing band of glitchers must find a way to free themselves from the controlling hands of the Community before they're caught and deactivated, or worse. In Heather Anastasiu's action-packed debut, Glitch begins an exciting new young adult trilogy.
1 Vote

Glitch takes place in a dystopian future where everyone is connected through controlling computer chips implanted in their brains. Despite the Community's assurance that life is more peaceful and happy while the people are under their control, the "subjects" feel no emotions, and make no decisions. Increasingly frequent, however, are Glitches. Glitches, or Anomalies, are teenagers who develop the ability to escape the Link, and are amazed at the world of color and emotion that surrounds them.