Flying to the Light 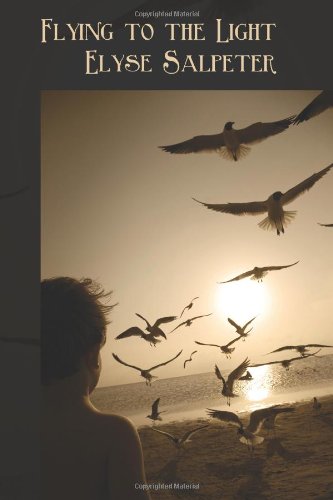 Flying to the Light
Elyse Salpeter
How far can you run, until you just can’t run anymore? Seventeen year old Michael Anderson and his kid brother, Danny, find themselves in mortal danger after their parents are kidnapped. Michael discovers Danny has a special gift—he knows what happens after a person dies—and now others want to know too. The brothers must outwit and outrun Samuel Herrington, a lethal biophysicist, the FBI, and even fellow Americans in a harrowing cross-country chase, because whoever gets to Danny first will have the power to rule the world.
1 Vote

Flying to the Light by Elyse Salpeter is about two brothers- Michael and Danny- whose parents get kidnapped at an awards ceremony late at night. The next morning, they wake up to immediate chaos. Michael sees news reports telling of his parents being partners with an evil biochemist, Samuel Herrington, and soon the 'bad men' begin chasing them down, desperate to capture Danny. Michael doesn't know much at first, but he discovers that Danny isn't just his innocent kid brother.