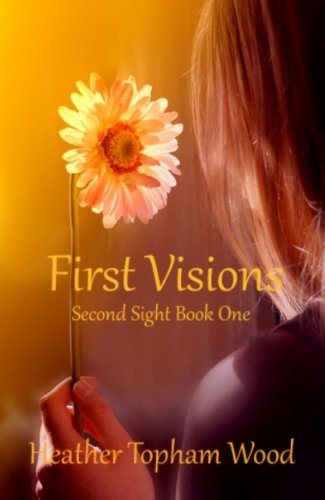 First Visions: Second Sight Book One
Heather Topham Wood
Two years ago, 21-year-old Kate Edwards became deathly ill and slipped into a coma. While unconscious, she crept into the mind of a missing boy and awoke with the knowledge of his location. Friends and family were skeptical and wary of her new ability to see into the minds of others. Their fears prompted Kate to keep her psychic powers a secret. Feeling alienated, she dropped out of college and spent most of her days holed up at her mother's home.Now another child has been abducted. Police detective Jared Corbett seeks out Kate for her help in solving the case. Reluctantly, Kate agrees and they must work together to bring 8-year-old Cori Preston home to her family. Although attracted to one another, Jared has a girlfriend with ties to the abduction case and Kate is sarcastic and guarded since her coma. With visions she can't control and an uncontrollable attraction to the detective, she wonders if she can leave the past behind and finally stop hiding from the world. Otherwise, Cori may be lost forever.Mature YA/New Adult
1 Vote

First visions is about 21 year-old Kate Edwards, who after waking up from a coma realizes she has psychic abilities. Instead of dreaming while she is sleeping, Kate finds herself in the minds of adults and children. When Kate’s powers lead her to a missing child, her friends and family become frightened and pessimistic about her so-called powers. The negative reaction causes Kate to convince everyone her powers are gone, and it works…until Detective Jared Corbett showed up at her door.