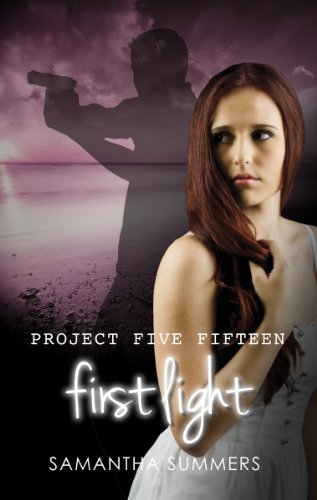 First Light (Project Five Fifteen)
Samantha Summers
What do you do when you’ve always dreamed of a hero; your knight in shining armour, only to find when he arrives he isn’t a hero at all?... He’s a killer.Ronnie Rose is trying to cope with the loss of her father; now it looks like she might lose everything else that’s dear to her too. Huge debts threaten to destroy her family, her childhood home and her future. Only one person cuts through her pain.Kalen Smith has just moved to town. He’s trouble and everyone knows it. He and his mysterious friends keep to themselves and the town likes it that way.But when Kalen mourns at her dad’s funeral, Ronnie wants to know why and her investigation plunges her into a dangerous world of murky government secrets, with deadly consequences. Ronnie knows she should walk away from Kalen before it’s too late. Problem is, she’s falling for him…Can we choose who we fall in love with?
2 Votes

A strange group of guys arrive, and it isn't until after her dad dies that Ronnie starts to wonder about the attractive group of guys who keep to themselves. When events throws Kalen, one of the mysterious guys, and Ronnie together, sparks fly and romance ensues. But Kalen has a dangerous past that could test the strength of this new budding relationship. When it catches up with him, will he be strong enough to protect Ronnie?

This story is about a young girl named Ronnie who just lost her father. Now that her father is gone, she lives with her older sister and her daughter. While attending the funeral, Ronnie spotted a strange boy there who she didn't recognize. She starts seeing him around town more, but never talks to him. Until one day, while Ronnie was leaving a diner, she noticed she left her wallet at home.