The Fire Thief Fights Back 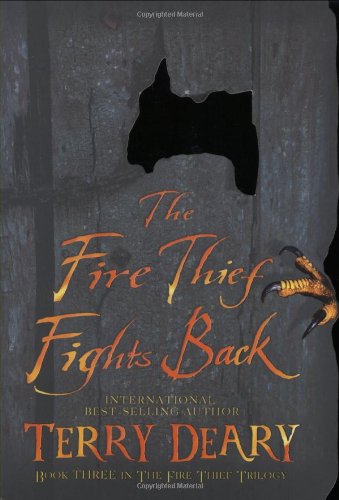 The Fire Thief Fights Back
Terry Deary
The final book in the critically acclaimed Fire Thief trilogy concludes the story of Prometheus, who stole fire from the gods. Forced to travel through time to escape Zeus's avenging eagle, Prometheus arrives in 1785 Eden City and befriends a boy named Sam. Together, Prometheus and Sam must defend Eden City from seven terrifying mythological monsters. Packed full of wry puns, wisecracking gods, and sarcastic footnotes, this action-packed story pokes fun at narrative tradition and takes readers on a wild ride through Greek mythology. Fans who have followed Prometheus's flight through the trilogy's first two adventures will be dazzled by the very surprising ending.
1 Vote

Tweet
The Fire Thief Fights Back review by AVHeld

The Fire Thief Fights Back is a fantasy/adventure fiction about Prometheus, a demigod (half-god) who must find a hero to save himself from being destroyed and fight the monsters of Ancient Greece. Along the way, he meets Sam, a smart kid being chased by an angry mob for selling fake medicine, and asks him to help find the hero. Also, back in Ancient Greece, Zeus is captured by the Typhon, a monster with 100 snakeheads, who cuts out his tendons so he can't leave, and Hera (Zeus's wife), sends Hermes to rescue him.