A Fine Night for Dying 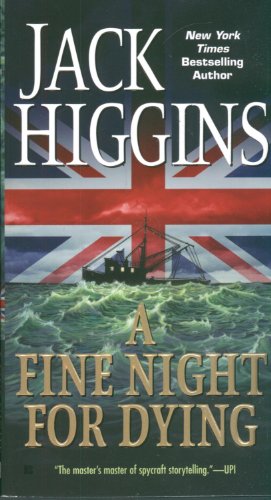 A Fine Night for Dying
Jack Higgins
When the body of gangland boss Harvey Prestion is found caught in the nets of a local fishing boat, British intelligence suspects a connection with a cross-channel smuggling ring and sends in undercover agent Paul Chavasse to investigate. Reprint.
1 Vote

Tweet
A Fine Night for Dying review by KLaw

Harvey Preston is drug to the bottom of the English Channel wrapped in chains. His death brings up suspicion, and becomes linked to a cross channel smuggling ring. Undercover, Paul Chavasse is sent to investigate this matter. He soon learns the real truth, but before it can be revealed he is caught. It is a constant fight for Paul's life, while he attempts to conceal his secrets.