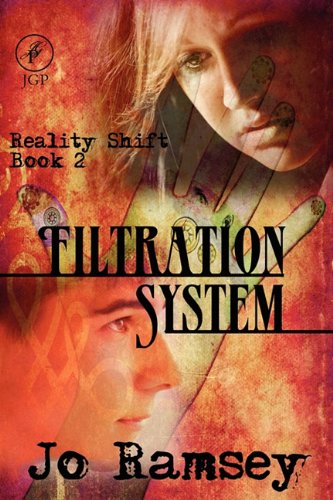 Filtration System
Jo Ramsey
Jonah Leighton never expected to have a close friend, especially one he met at his school, where he's usually either picked on or ignored. A few weeks after meeting Shanna Bailey, he's realized that she's a kindred spirit. Intelligent, funny, and interested in the things he can teach her, Shanna is the first person with whom Jonah's ever been comfortable sharing his knowledge. However, Shanna's frequent injuries cast a pall over their friendship. Jonah suspects that Shanna's mother abuses her, but without proof, he can't do anything. And his concerns about Shanna take a back seat when he becomes aware of a threat to our universe: An entity from another reality wants to cross over into ours, and the resulting energetic backwash will vaporize our world.
1 Vote

Filtration system is the second book in the Reality Shift series by Jo Ramsey and is about a boy named Jonah and a girl named Shanna. Jonah was one of those kids who wasn't very well liked in school and never expected to meet a friend, so when he meets Shanna, he is very happy; however, Jonah suspects that Shanna is beaten at home and is always concerned for her because he knows he can't do anything without proof.