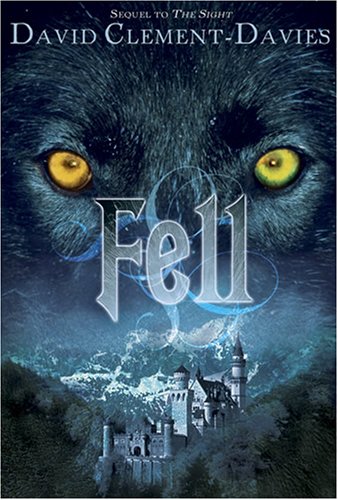 Fell
David Clement-Davies
The book fans have been waiting for! A sequel to the acclaimed animal fantasy novel The Sight.With the same bold storytelling that has made The Sight a cult favorite, David Clement-Davies tells the story of Fell, the black wolf whose betrayal of his family in The Sight almost led to the enslavement of all wolves by the evil Morgra. Wandering alone in the forests of Transylvania, lost in the pain of his sister Larka’s death, Fell rejects their shared gift of seeing into the minds of others.. It is only when a message comes from his old friend Skart, the eagle, that Fell begins to accept his destiny: to enter the world of humans and restore a lost girl to her family, thus healing the wounds of a divided kingdom. In a starred review, Booklist called The Sight, “full-bodied, lyrically told,” School Library Journal called it "quite exciting,” and Voice of Youth Advocates said, “The narrative is rich, complex, and, most importantly, credible.”
1 Vote

Fell possesses the power of the Sight, which allows him to read and control the thoughts of other Lera, or animals. It also gives him the ability to glimpse the future. In one of his visions, he is told that he must help a human child, who assumes to be a boy. This boy is, in fact, a girl disguised as a boy. Her name is Alina, and she is under the impression that she is a changeling child, and that she is disguised as a boy for her protection from the goblins. When she discovers a plot to have her killed, she runs away, up the mountain and out onto the ice field.