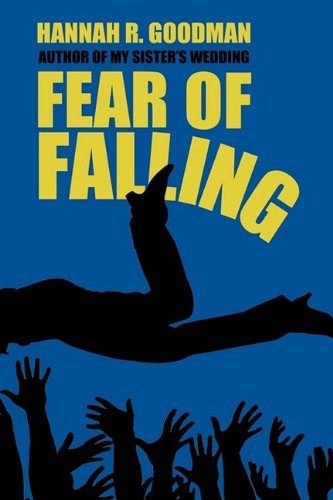 Fear of Falling
Hannah R. Goodman
Fresh off "the worst year of her life," sixteen-year-old Maddie Hickman has sworn off love and her once-beloved self-help books in favor of editing the school paper and "banging out weepy poems." When she receives an anonymous letter from a gay student who's been physically threatened, Maddie is forced to step out of her self-imposed isolation, face her own personal problems, and take a stand. But how far is she willing to go? Will her best friends Peter and Susan stand with her? Can friendship survive past and present personal problems as well as challenging parents and unbending school administrators? And just how far are the three friends willing to go?
1 Vote

Sixteen-year-old Maddie Hickman, editor of the school newspaper, recieves a letter. This is how Anonymous started. Maddie knows this is a boy because he has one problem. He is gay. At another school nearby a kid was recently killed because people found out he was gay. This letter is now in the hands of Maddie's English teacher, Mrs. Leahy. This "Anonymous" is also being harassed by his latest ex. Peter and Susan, Maddie's best friends, are always there to stand behind what she believes in. One night at Peter's house, things get out of hand. Why?