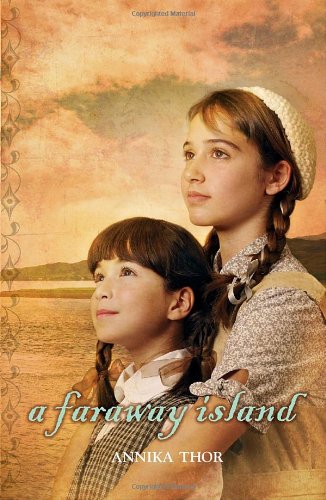 A Faraway Island
Linda Schenck, Annika Thor
Two Jewish sisters leave Austria during WWII/Holocaust and find refuge in Sweden.It's the summer of 1939. Two Jewish sisters from Vienna—12-year-old Stephie Steiner and 8-year-old Nellie—are sent to Sweden to escape the Nazis. They expect to stay there six months, until their parents can flee to Amsterdam; then all four will go to America. But as the world war intensifies, the girls remain, each with her own host family, on a rugged island off the western coast of Sweden.Nellie quickly settles in to her new surroundings. She’s happy with her foster family and soon favors the Swedish language over her native German. Not so for Stephie, who finds it hard to adapt; she feels stranded at the end of the world, with a foster mother who’s as cold and unforgiving as the island itself. Her main worry, though, is her parents—and whether she will ever see them again.
1 Vote

In 1936, during Hitler's reign, two Jewish sisters who live a wealthy life in Vienna have no choice but to be shipped off to Sweden for their own protection from the war and the German Nazis. Twelve-year-old Stephie and seven-year -old Nellie Steiner are then placed in the homes of two women who live on an island just off the shore of Sweden. Nellie is put into the care of a lady with other children her age and she begins to get attached to her foster home on the island.