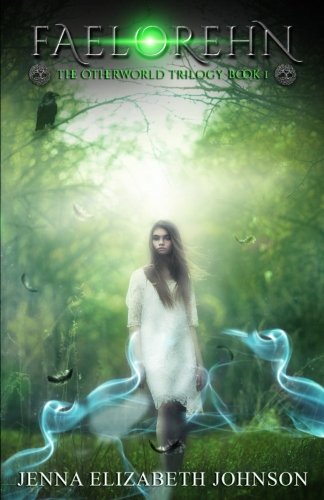 I never heard him come after me and even as I climbed the slope and stumbled onto our shaded back lawn, I didn’t look back. It was like the day the gnomes chased me all over again, but this time I was not escaping some horrible little creatures, I was fleeing from an incredibly good-looking guy who could very well understand me completely. I was either saving myself from that serial killer I always imagined lived down in the swamp, or I had finally gone over the deep end . . . Meghan Elam has been strange her entire life: her eyes have this odd habit of changing color and she sees and hears things no one else does. When the visions and voices in her head start to get worse, she is convinced that her parents will want to drag her off to another psychiatrist. That is, until the mysterious Cade MacRoich shows up out of nowhere with an explanation of his own. Cade brings her news of another realm where goblins and gnomes are the norm, a place where whispering spirits exist in the very earth, and a world where Meghan just might find the answers she has always sought.
2 Votes

Meghan is scared.  Ever since she was a little girl, she has been haunted by strange visions and disturbing voices that no one else is aware of.  Now in her junior year of high school, she’s learned to keep these things to herself.  But when the dashing Cade MacRoich appears in the swamp behind her house, everything changes.  Cade seems to have answers for the strange things which have plagued her and kept her apart from others – the voices, the visions, her strange aura, and her eyes, which never seem to remain one color for long.  Cade’s explanat

What's this?
Faelorehn: Otherworld Trilogy (Book One) review by mail4chase@yahoo.com

Faelorehn is a story about a girl named Meghan who was adopted by the Elam family after she was found wandering the streets as a toddler. Since then, she has led a pretty average life. However, she always noticed that she looked a little different than everyone else: her eyes were weirdly slanted, she was taller than most people, and her eyes often changed colors of their own accord, shifting from blue to brown to green in a matter of minutes. Another feature that set Meghan apart from the rest were her dreams.