The Eye of Midnight 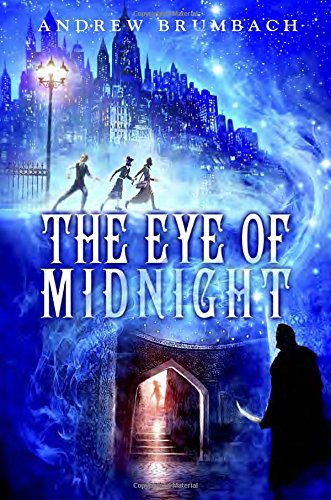 The Eye of Midnight
Andrew Brumbach
“Combining a 1920s New York setting with ancient Turkish and Arabian folklore and history, this novel reads like a young Indiana Jones adventure. . . . As smart as it is action-packed.” —The Bulletin of the Center for Children’s Books   On a stormy May day in 1929, William and Maxine arrive on the doorstep of Battersea Manor to spend the summer with a grandfather they barely remember. Whatever the cousins expected, Colonel Battersea isn’t it. Soon after they settle in, Grandpa receives a cryptic telegram and promptly whisks the cousins off to New York City to meet an unknown courier and collect a very important package. Before he can do so, however, Grandpa vanishes without a trace. When the cousins stumble upon Nura, a tenacious girl from Turkey, she promises to help them track down the parcel and rescue Colonel Battersea. But with cold-blooded gangsters and a secret society of assassins all clamoring for the mysterious object, the children soon find themselves in a desperate struggle just to escape the city’s dark streets alive. “A youthful mystery worthy of John Bellairs, with lyrical language reminiscent of Edith Nesbit; yet it stands on its own, creating a fully realized world with clearly defined lines of good and evil, and just a dash of magic.” —Booklist “Readers of R. L. LaFevers’s Theodosia Throckmorton series as well as lovers of the Rick Riordan books will enjoy this. A well-crafted adventure with a dash of magic.” —School Library Journal  “Brumbach’s vivid descriptions and terse, to-the-point dialogue keep the action moving and readers constantly engaged and surprised. . . . A fast-paced, action-packed adventure.” —Kirkus Reviews
1 Vote

Cousins William and Maxine think they are going to be spending the Summer of 1929 on a boring visit with a grandfather they have never met.  They quickly find out that he is not your average grandfather.

The two of them are swept up in an adventure that has them wandering through the streets of New York trying to find and rescue their grandfather from strange, foreign and deadly men called the Hashashin who work for a mysterious, Old Man on the Mountain.  The Old Man wants to obtain an elusive and magical treasure, The Eye of Midnight.