Everyone Dies in the End 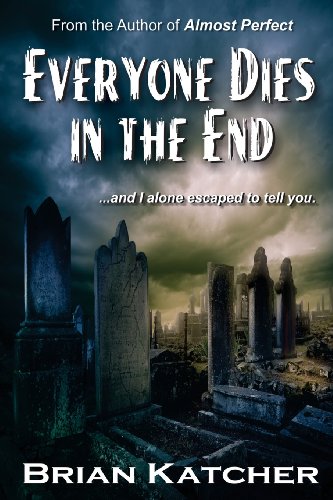 Everyone Dies in the End
Brian Katcher
At seventeen, Sherman Andrews has been accepted in the Missouri Scholars' Academy. Sherman has had a ten-year plan since he was eight, and he is determined to become an award-winning investigative journalist. He is going places, unlike his low-brow plumber father or his absent mother. While researching his first project, a chance discovery of a mysterious photograph of four men, dated 1935, leads to Sherman uncovering records of deaths, disappearances, and cover-ups on an almost unbelievable scale. Too late, Sherman realizes the organization responsible is still around, and they're prepared to take drastic measures to keep him quiet. Sherman must decide if he wants to flee for his life, or risk everything to become the reporter he's always wanted to be. There are only two people he can trust to help him. One is Charlie, the cute, chubby student librarian at the historical society. The other is Denton, who claims that the organization is led by a shadowy man who died in 1966...and 1935...and 1864. The fact that Denton has been forcibly committed to a mental hospital is just an unfortunate misunderstanding. Something evil is about to reappear. And Sherman, with his Dictaphone, his ironed socks, and his ten-page resume, may be the only one who can prevent a tragedy. Interspersed with flashbacks to the original 1935 adventurers, Everyone Dies is a lighthearted coming of age story about love, growing up, and what it's like to be buried alive.
1 Vote

Tweet
Everyone Dies in the End review by marrington

Seventeen-year-old Sherman Andrews wants nothing more than to be a great journalist. The Missouri Scholars' Academy accepts him, and he is determined to find the ultimate story. As a high school kid on a college campus, Sherman must face growing up quickly. He becomes involved with Charlie, a chubby yet cute librarian, and his journey to journalism begins.