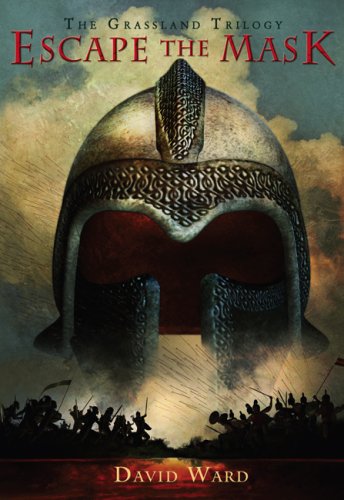 Escape the Mask
David Ward
The first in a new adventure trilogy full of danger, bravery, and unexpected friendshipsWelcome to Grassland, where the only hope of freedom is to go beyond the reach of sinister, silent masters, and the only family you know are your fellow captives. Coriko has never known a world beyond his cell and the fields where he toils all day. He does what he’s told and tries not to anger the Spears, the cruel, masked jailers who guard him and the other child slaves. If he gathers baskets of shards and keeps quiet and orderly, then he can spend time with his cellmate and best friend, Pippa. But without warning, the children’s orderly lives begin to change—slowly at first, with the arrival of a pair of siblings who speak Coriko and Pippa’s language. Soon after, violent events shake up the quiet world of Grassland, and Coriko must find the strength to grasp his freedom. Full of heartstopping action, Escape the Mask introduces Coriko, Pippa, and their friends—and begins the journey of The Grassland Trilogy.F&P level: X F&P genre: F
1 Vote

Escape the Mask is an action-filled novel that tells the story of a young girl named Pippa and a young boy named Coriko. These characters were captured and enslaved when they were no older than ten by soldiers called Spears. Spears seem especially frightening because of the fact that they wear masks, and they are never seen without them. Coriko and Pippa have been put to work in the Spears' special labor camp, digging up shards. Every day, they work in the sun, digging up baskets of shards. One day, however, Coriko and Pippa meet up with two newcomers, fellow diggers Bran and Tia.