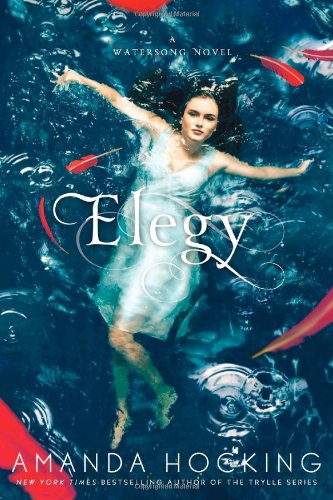 Elegy
Amanda Hocking
In a frightful world of dark magic and savage beauty, two sisters are about to discover that love is the most powerful weapon of all. Don't miss Elegy, the mesmerizing final chapter of the Watersong series!An ancient curse robbed Gemma Fisher of everything that matters most―her friends, her family and the guy she loves. But now that she found the scroll that binds the curse, she finally has a chance to get her old life back. She just needs to destroy the scroll―but it's not as easy as she hoped. Protected by ancient magic, it seems utterly indestructible. Making matters worse, Penn has grown even more obsessed with stealing Daniel for her own…and she's about to succeed. Gemma's frantic search leads her to someone who might be able to help―the mysterious immortal who cursed Penn and her sisters thousands of years ago. As Gemma and her friends unravel the tragic history of the curse, they plunge deeper into a world of shocking secrets and twisted vendettas―and it'll take all their courage, love and the power of their friendship just to survive. Gemma has so much to fight for and she's never wanted anything more, but will it be enough to stop her enemies?
1 Vote

In the final installment of the Watersong series, Gemma is desperately trying to keep her friends and family safe from her fellow sirens. She has to find some way of keeping Liv from killing the entire town on a whim. She needs Penn not to kill her sister Harper, Daniel (Harper's boyfriend) and her father, but she doesn't have much to bargain with. Penn is much more powerful than Gemma, because Gemma refuses to eat mens' hearts. Daniel has his own ideas about how to keep Gemma and Harper safe. Daniel has made a deal with Penn in exchange for Gemma and Harper's safety.