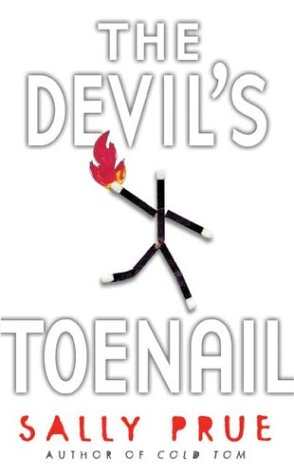 Devil's Toenail
Sally Prue
A bullied boy is lured by the dark power of revenge in this haunting fantasy by the author of COLD TOM.Stevie, 13, has started at a new school and is desperate for acceptance. Like any teenager, he is self-conscious and embarrassed by his family. But he also hates himself for being cruelly bullied at his old school, and he will do anything to be accepted by bullies here rather than be their victim. Then he finds an odd fossil called a Devil's Toenail, which fills him with an almost evil sense of daring. The Devil's Toenail's tauntings and urgings to take revenge on the world are relentless, but in the end, Stevie discovers that believing in himself is what brings true power and happiness.
2 Votes

In Stevie's new school, he is determined to fit in with a gang. This gang is made up of a bunch of bad kids. To get in, the gang is asking him to set fire to a piece of public property. There is one thing that is making Stevie hesitant about doing this; he is afraid of fire because people had burnt him at his old school. Things, however, change in Stevies life when he finds The Devils Toenail, an ancient shell-like fossil that makes him more daring, and also urges him to do criminal acts like stealing.

The book, The Devil's Toenail, is about a boy, Stevie, who finds this rock called a devil's toenail. He wants to join this gang of kids at school, and he is given the entrance task of setting the library trash bin on fire. Normally, that would not be hard, but for Stevie, it was almost impossible because at his old school some kids had poured aerosol all over him and set him on fire. He lived, but he had to get a new ear and have surgery on half of his face.